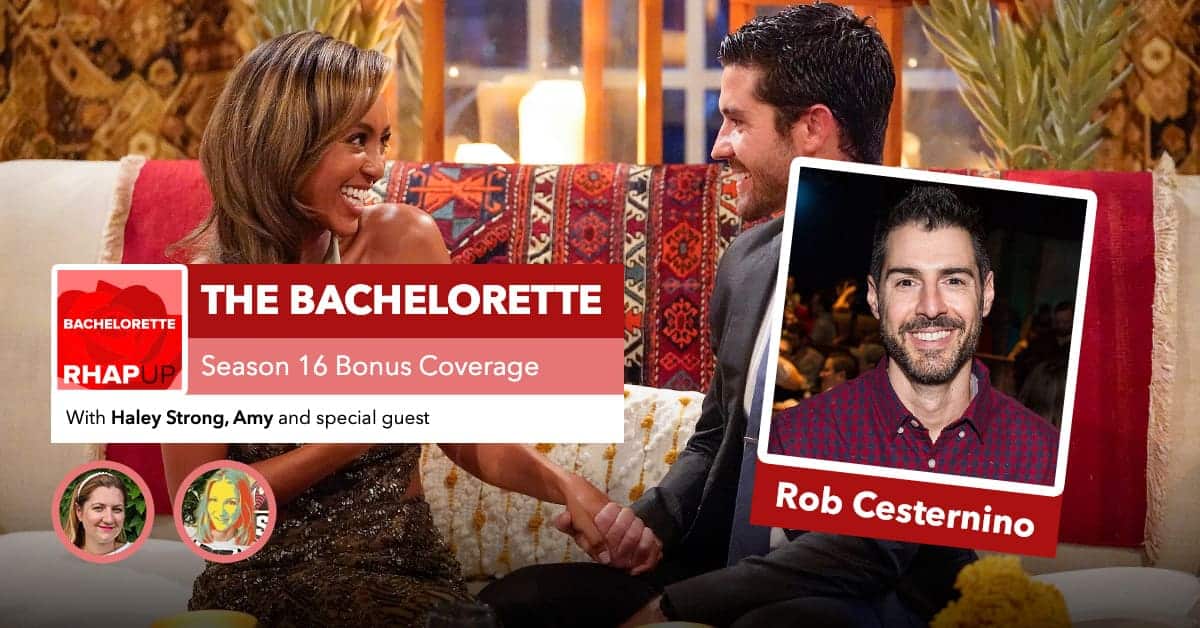 What a crazy season it’s been! 5 weeks into the Bachelorette, and we’ve already had 2 bachelorettes, an engagement, an all-new group of men, and non-stop drama. Ami and Haley are joined by Rob Cesternino for some bonus Bachelorette coverage! Rob joins the Bachelorette RHAP-up team to discuss the season as a whole, Clare, Tayshia, and their predictions.

Will you accept this rose? Share all of your Bachelorette thoughts with us on Twitter by tagging Reality TV RHAPups @rhapups and using the hashtag #RHAP!

The men vying for Tayshia’s heart this season include:

The post Getting Caught up on the Bachelorette Switch Drama appeared first on RobHasAwebsite.com.

3d ago3d ago
Subscribe
Unsubscribe
Weekly+
Bald Move Pulp is where you can get your fix of robots, aliens, action space adventures, and everything in between; on television or on the big screen. Pulp was not made for serious drama, if that’s your thing, you might be looking for Bald Move Prestige.
P
Post Show Recaps: TV Podcasts | Rob Cesternino & Josh Wigler

3d ago3d ago
Subscribe
Unsubscribe
Weekly
An *AD FREE* movie review podcast that traverses the stream of Hollywood sequels, reboots, and franchises by reviewing every installment in a series, start to finish.
F
Film Sack

12m ago12m ago
Subscribe
Unsubscribe
Weekly+
Collider’s horror podcast The Witching Hour digs into all things horror, from the biggest titles at the box office to under-the-radar gems, exclusive interviews, early reviews, deep-dive analysis and all the need-to-know in genre film. Co-hosted by Collider senior producer Perri Nemiroff and senior editor Haleigh Foutch,
D
DumTeeDum - A show about The BBC's The Archers

2d ago2d ago
Subscribe
Unsubscribe
Weekly
Dum Tee Dum is a weekly podcast about The Archers that features Lucy Freeman, Roifield Brown and you.
Listen to 500+ topics