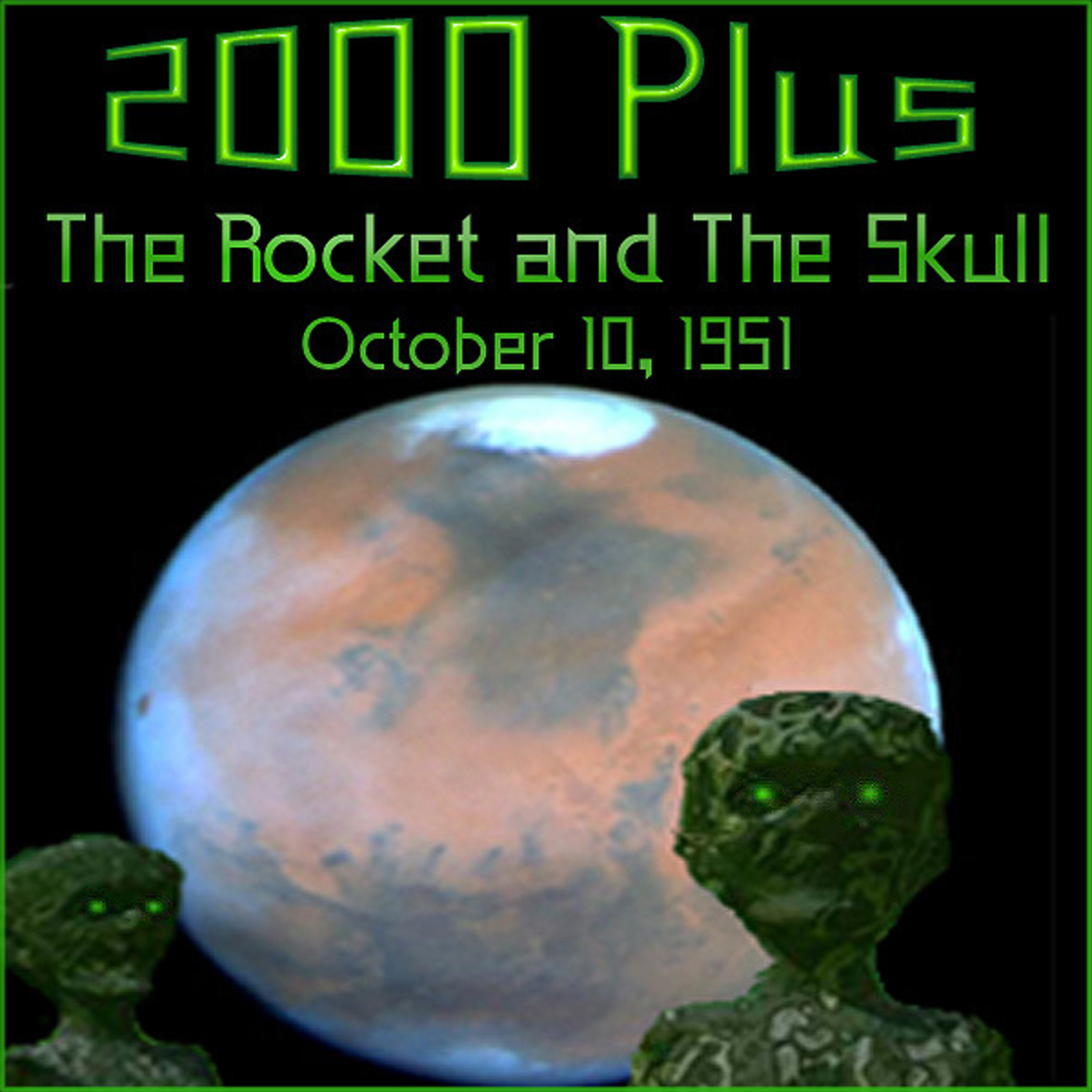 The Rocket And The Skull (Aired October 10, 1951)
2000 AD is known as the first of the network science fiction shows, although it ran on Mutual just a month prior to the introduction of the landmark series, Dimension X. It was a half hour of science fiction wonder in an exciting package. The stories have a charm that is always present in science fiction of the future that is written in the past. "When The Worlds Met" takes place "at the giant space port in Washington, temporary capitol of the federated world government as in April 21, 2000 Plus 20 (2020) crowds throng as audio and televox networks cover a space ship carrying in its space hold the first load of uranium taken from the pits of Luna, satellite of Earth. THIS EPISODE: October 10, 1951. Mutual network. "The Rocket and The Skull". Sustaining. The most important man in the country's race to the Moon is wounded in a plane crash...and starts to hear strange messages to Mars! Arnold Robertson, Emerson Buckley and His Orchestra, William Griffis, Sherman H. Dryer (creator, producer), Robert Weenolsen (producer), Gregory Morton, Nat Polen, Merrill Joels, Elliot Jacoby (composer), Walt Shaver (sound), Adrian Penner (sound), Bob Albright (engineer), Ken Marvin (announcer). 27:36. Episode Notes From The Radio Gold Index.

4d ago4d ago
Subscribe
Unsubscribe
Weekly
RelicRadio.com presents tales of the strange and bizarre, the weird and the wicked. Stories not necessarily of the supernatural, but of the unnatural. Join us for Strange Tales, featuring radio drama at its most mysterious and unusual. Abnormal old time radio!
F
Flashback Requests (Barry James)

22d ago3w ago
Subscribe
Unsubscribe
Monthly
Barry first found music when he borrowed his sister's record collection when he was about eight and was hooked. When Caroline started it was a new beginning, and he listened to all the stations, but Caroline was his favourite by far.Later he became a singer in a band, then started doing discos when he was 18. He joined Caroline in 1977, touring the country with the Caroline Roadshow for 10 years, having great fun. Barry helped with tender trips and worked on the Ross Revenge in '84 and '85. ...
T
Treasure Island Oldies

3d ago3d ago
Subscribe
Unsubscribe
Monthly+
A weekly Podcast that covers events that took place this week in Rock & Roll History; who was in the studio recording what would become a big hit, and spotlight artists that are celebrating birthdays this week. Join me for the entire weekly four hour radio show, Treasure Island Oldies, The Home of Lost Treasures at www.treasureislandoldies.com. On the air every week since 1997,
O
Old Time Rock n Roll

8d ago1w ago
Subscribe
Unsubscribe
Weekly
Old Time Rock n Roll is the largest oldies podcast in the world today. Over 2.3 million listeners have enjoyed the huge library of tunes. Host Lee Douglas uses his personal 120,000 song library to spin the classics,as well as the obscure songs of the 50's,60's and early 70's. Whether its doo wop, rockabilly, Rythym and Blues or pop, Old Time Rock n Roll has it all. Listen and be transported back to a time when the biggest problem we had was getting a date for Saturday night.
S
Spare the Rock, Spoil the Child Playlists

4d ago4d ago
Subscribe
Unsubscribe
Monthly+
The Too Much Rock podcast is a 30-minute journey through the weekly music acquisitions of its creator. It may feature power pop, indie rock, post punk, indie pop, or any other named or unnamed genre.
T
The Eddie Trunk Podcast

15h ago15h ago
Subscribe
Unsubscribe
Weekly
Eddie Trunk, the most well-known name in hard rock and metal music, brings his insight, commentary, reviews, discussion and in-depth interviews to the podcast world! Join Eddie and his famous friends in rock and entertainment every week for a rollicking good time. To access the entire show archive, go to PodcastOne.com.
T
The Comic's Comic Presents Last Things First