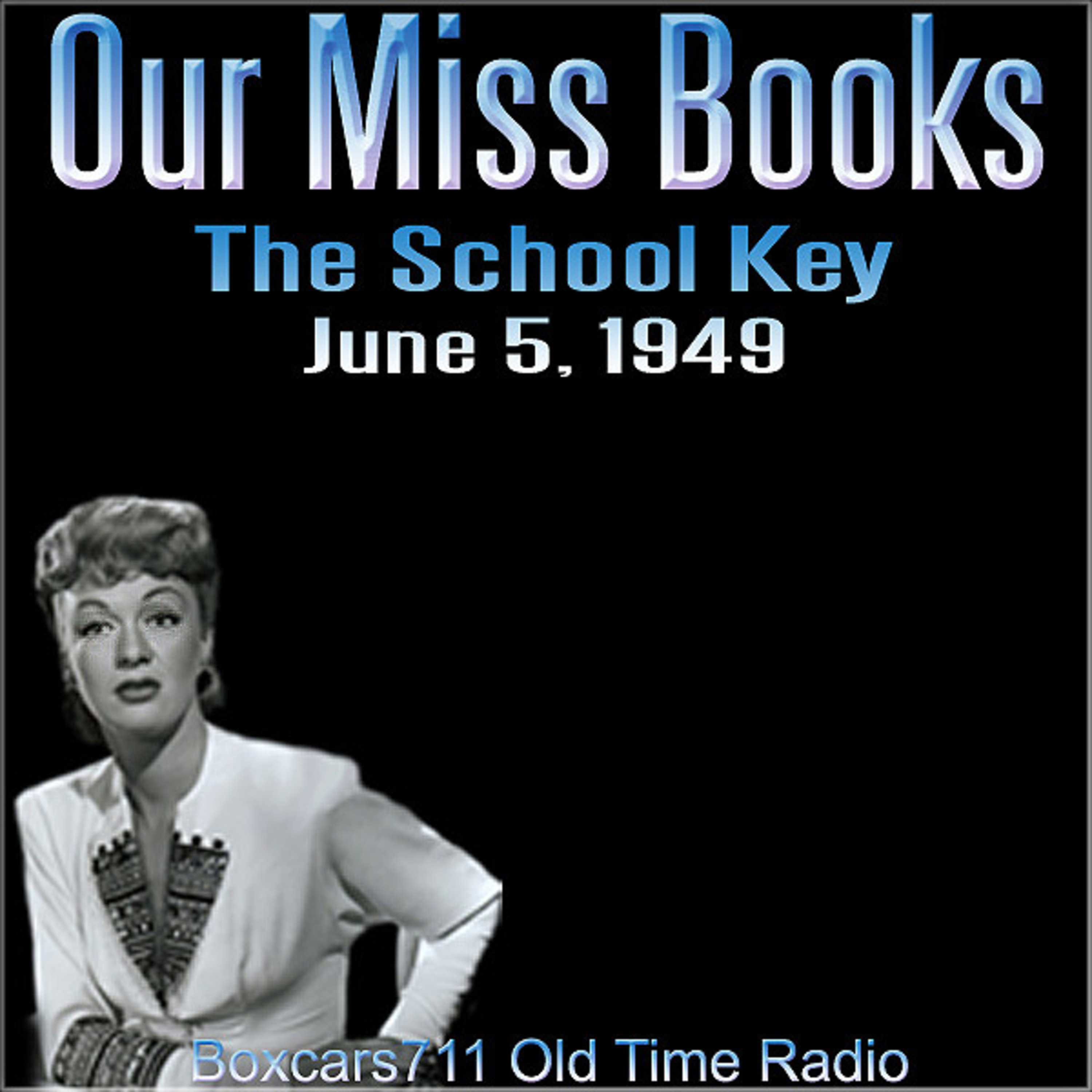 The Key To Madison High (Aired June 5, 1949)
Produced by Larry Berns and written by director Al Lewis, Our Miss Brooks premiered on CBS July 19, 1948. According to radio critic John Crosby, her lines were very "feline" in dialogue scenes with principal Conklin and would-be boyfriend Boynton, with sharp, witty comebacks. The interplay between the cast—blustery Conklin, nebbishy Denton, accommodating Harriet, absentminded Mrs. Davis, clueless Boynton, scheming Miss Enright—also received positive reviews. Jeff Chandler played Boynton and stayed with the role for five years, even after becoming a movie star. He ultimately resigned because it was too exhausting to juggle a regular radio role with his film commitments. Others in the cast included Anne Whitfield as Conklin's daughter, Harriet. Arden won a radio listeners' poll by Radio Mirror magazine as the top-ranking comedienne of 1948–49, receiving her award at the end of an Our Miss Brooks broadcast that March. "I'm certainly going to try in the coming months to merit the honor you've bestowed upon me, because I understand that if I win this two years in a row, I get to keep Mr. Boynton," she joked. But she was also a hit with the critics; a winter 1949 poll of newspaper and magazine radio editors taken by Motion Picture Daily named her the year's best radio comedienne. THIS EPISODE: June 5, 1949. CBS network. "The Key To Madison High". Sponsored by: Palmolive Soap, Lustre-Creme Shampoo, Palmolive Shave Cream. Mrs. Davis leaves with the key to Madison High, and no one can get into school! Eve Arden, Jane Morgan, Jeff Chandler, Gale Gordon, Richard Crenna, Gloria McMillan, Hal March, Frank Nelson, Wilbur Hatch (music), Bob Lemond (announcer), Verne Smith (announcer), Al Lewis (writer, director), Larry Berns (producer). 29:58. Episode Notes From The Radio Gold Index.

8h ago8h ago
Subscribe
Unsubscribe
Weekly
RelicRadio.com presents tales of the strange and bizarre, the weird and the wicked. Stories not necessarily of the supernatural, but of the unnatural. Join us for Strange Tales, featuring radio drama at its most mysterious and unusual. Abnormal old time radio!
T
Treasure Island Oldies

1h ago1h ago
Subscribe
Unsubscribe
Monthly+
A weekly Podcast that covers events that took place this week in Rock & Roll History; who was in the studio recording what would become a big hit, and spotlight artists that are celebrating birthdays this week. Join me for the entire weekly four hour radio show, Treasure Island Oldies, The Home of Lost Treasures at www.treasureislandoldies.com. On the air every week since 1997,
F
Flashback Requests (Barry James)

19d ago2w ago
Subscribe
Unsubscribe
Monthly
Barry first found music when he borrowed his sister's record collection when he was about eight and was hooked. When Caroline started it was a new beginning, and he listened to all the stations, but Caroline was his favourite by far.Later he became a singer in a band, then started doing discos when he was 18. He joined Caroline in 1977, touring the country with the Caroline Roadshow for 10 years, having great fun. Barry helped with tender trips and worked on the Ross Revenge in '84 and '85. ...
S
Sideshow Sound Theatre┃Music & Film Soundtrack Podcast

14d ago2w ago
Subscribe
Unsubscribe
Monthly+
The Too Much Rock podcast is a 30-minute journey through the weekly music acquisitions of its creator. It may feature power pop, indie rock, post punk, indie pop, or any other named or unnamed genre.
T
The Comic's Comic Presents Last Things First

6d ago6d ago
Subscribe
Unsubscribe
Monthly+
Asking comedians about the historic lasts and firsts in their lives as their comedy careers have blossomed.
F
Filip & Fredrik podcast