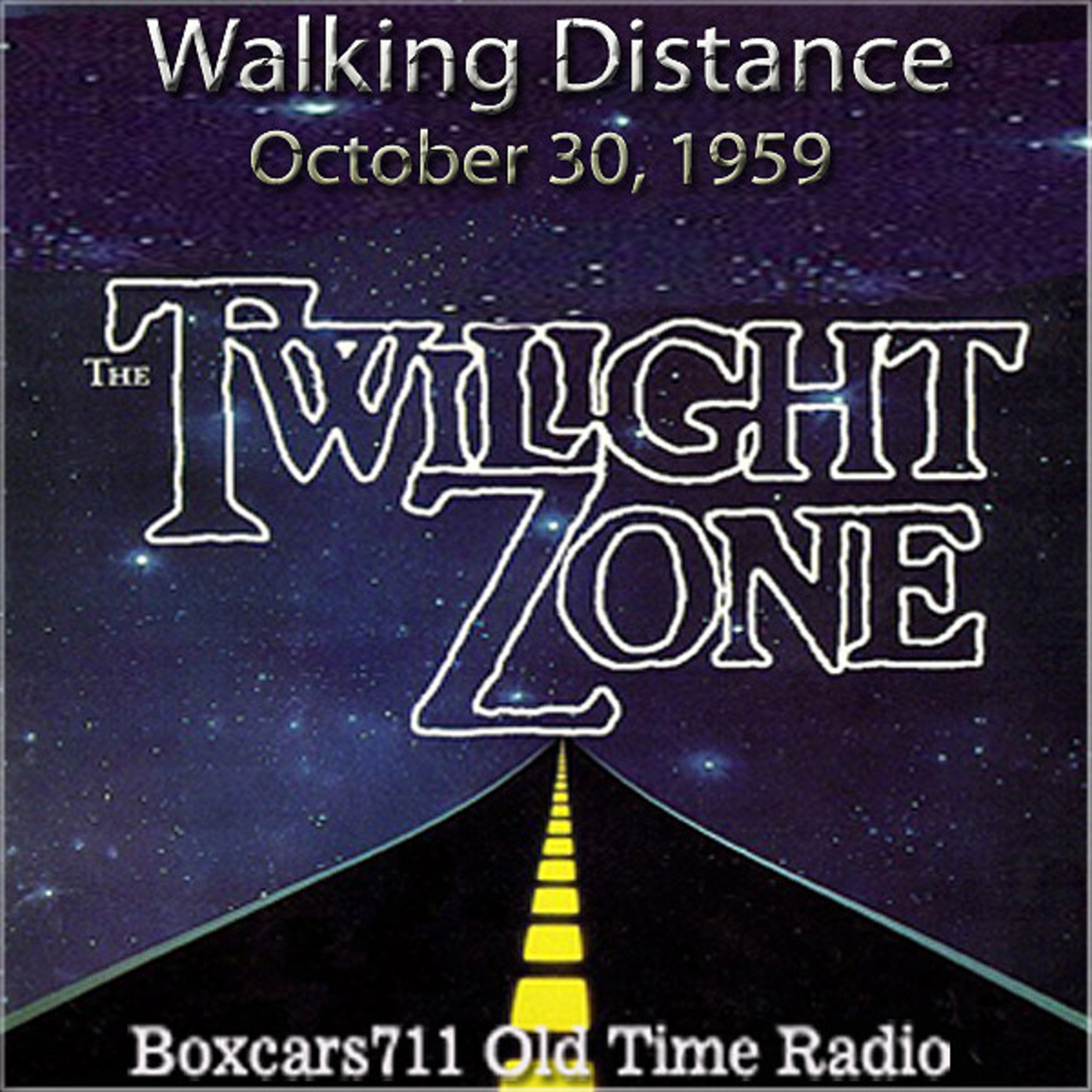 Walking Distance (Aired October 30, 1959 )
Throughout the 1950s, Rod Serling had established himself as one of the hottest names in television, equally famous for his success in writing televised drama as he was for criticizing the medium's limitations. His most vocal complaints concerned the censorship frequently practiced by sponsors and networks. "I was not permitted to have my Senators discuss any current or pressing problem," he said of his 1957 production 'The Arena', intended to be an involving look into contemporary politics. "To talk of tariff was to align oneself with the Republicans; to talk of labor was to suggest control by the Democrats. To say a single thing germane to the current political scene was absolutely prohibited." Twilight Zone’s writers frequently used science fiction as a vehicle for social comment; networks and sponsors who had infamously censored all potentially "inflammatory" material from the then predominant live dramas were ignorant of the methods developed by writers such as Ray Bradbury for dealing with important issues through seemingly innocuous fantasy. Frequent themes include nuclear war, mass hysteria, and McCarthyism, subjects that were strictly forbidden on more "serious" prime-time drama. THIS EPISODE: October 30, 1959 - "Walking Distance" - CBS Newtwork - Advertising executive Martin Sloan (Gig Young), age thirty-six, is exhausted by the hectic pace of life in New York City. One day, while in an especially disgruntled mood, Martin goes for a drive in the country and winds up not far from his old home town. He stops, leaves his car at a gas station and sets off on foot to the town. Mysteriously, he arrives to find things exactly as they were when he was a child. Then reality sets in. His short walk has taken him a long, long way...much farther than he thought...all the way to The Twilight Zone. 24:59

19h ago19h ago
Subscribe
Unsubscribe
Weekly
RelicRadio.com presents tales of the strange and bizarre, the weird and the wicked. Stories not necessarily of the supernatural, but of the unnatural. Join us for Strange Tales, featuring radio drama at its most mysterious and unusual. Abnormal old time radio!
T
Treasure Island Oldies

10h ago10h ago
Subscribe
Unsubscribe
Monthly+
A weekly Podcast that covers events that took place this week in Rock & Roll History; who was in the studio recording what would become a big hit, and spotlight artists that are celebrating birthdays this week. Join me for the entire weekly four hour radio show, Treasure Island Oldies, The Home of Lost Treasures at www.treasureislandoldies.com. On the air every week since 1997,
F
Flashback Requests (Barry James)

19d ago2w ago
Subscribe
Unsubscribe
Monthly
Barry first found music when he borrowed his sister's record collection when he was about eight and was hooked. When Caroline started it was a new beginning, and he listened to all the stations, but Caroline was his favourite by far.Later he became a singer in a band, then started doing discos when he was 18. He joined Caroline in 1977, touring the country with the Caroline Roadshow for 10 years, having great fun. Barry helped with tender trips and worked on the Ross Revenge in '84 and '85. ...
S
Sideshow Sound Theatre┃Music & Film Soundtrack Podcast

12h ago12h ago
Subscribe
Unsubscribe
Monthly+
The Too Much Rock podcast is a 30-minute journey through the weekly music acquisitions of its creator. It may feature power pop, indie rock, post punk, indie pop, or any other named or unnamed genre.
T
The Comic's Comic Presents Last Things First

11m ago11m ago
Subscribe
Unsubscribe
Monthly+
Asking comedians about the historic lasts and firsts in their lives as their comedy careers have blossomed.
F
Filip & Fredrik podcast