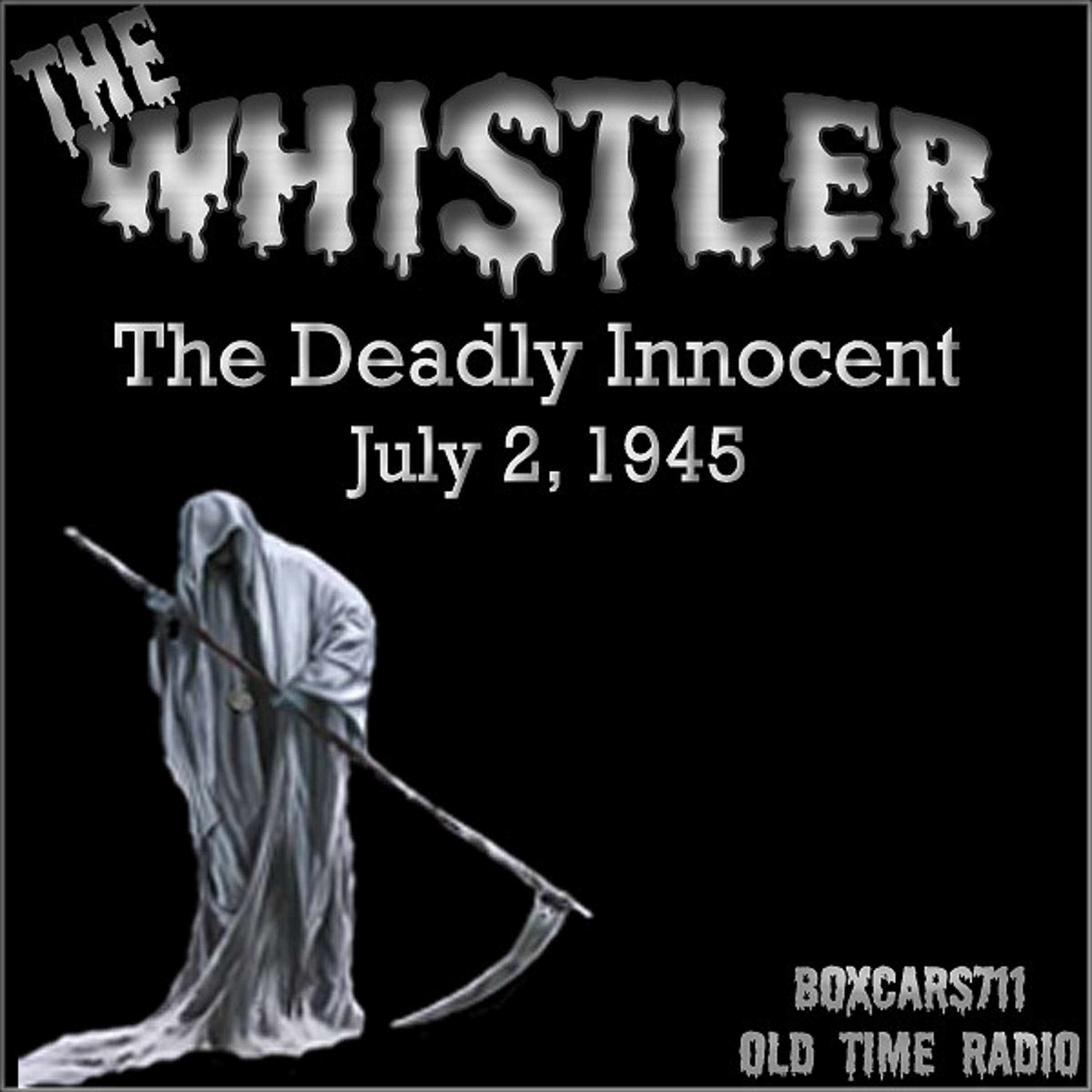 The Deadly Innocent (Aired July 2, 1945) Bill Forman had the title role of host and narrator. Others who portrayed the Whistler at various times were Gale Gordon, Joseph Kearns, Marvin Miller (announcer for The Whistler and The Bickersons and later as Michael Anthony on TV's The Millionaire), Bill Johnstone (who had the title role on radio's The Shadow from 1938 to 1943) and Everett Clarke. Cast members included Hans Conried, Joseph Kearns, Cathy Lewis, Elliott Lewis, Gerald Mohr, Lurene Tuttle and Jack Webb. Writer-producer J. Donald Wilson established the tone of the show during its first two years, and he was followed in 1944 by producer-director George Allen. Other directors included Sterling Tracy and Sherman Marks with final scripts by Joel Malone and Harold Swanton. In 1946, a local Chicago version of The Whistler with local actors aired Sundays on WBBM, sponsored by Meister Brau beer. THIS EPISODE: July 2, 1945. CBS Pacific network. "The Deadly Innocent". Sponsored by: Signal Oil. A meek bookkeeper is determined to kill his long-time rival in an elaborate plan to steal his job and his wife. George W. Allen (director), Sally Thorson (writer), Wilbur Hatch (music), Marvin Miller (announcer). 29:38. Episode Notes From The Radio Gold Index.

2d ago2d ago
Subscribe
Unsubscribe
Weekly
RelicRadio.com presents tales of the strange and bizarre, the weird and the wicked. Stories not necessarily of the supernatural, but of the unnatural. Join us for Strange Tales, featuring radio drama at its most mysterious and unusual. Abnormal old time radio!
F
Flashback Requests (Barry James)

20d ago2w ago
Subscribe
Unsubscribe
Monthly
Barry first found music when he borrowed his sister's record collection when he was about eight and was hooked. When Caroline started it was a new beginning, and he listened to all the stations, but Caroline was his favourite by far.Later he became a singer in a band, then started doing discos when he was 18. He joined Caroline in 1977, touring the country with the Caroline Roadshow for 10 years, having great fun. Barry helped with tender trips and worked on the Ross Revenge in '84 and '85. ...
T
Treasure Island Oldies

1d ago1d ago
Subscribe
Unsubscribe
Monthly+
A weekly Podcast that covers events that took place this week in Rock & Roll History; who was in the studio recording what would become a big hit, and spotlight artists that are celebrating birthdays this week. Join me for the entire weekly four hour radio show, Treasure Island Oldies, The Home of Lost Treasures at www.treasureislandoldies.com. On the air every week since 1997,
O
Old Time Rock n Roll

1d ago1d ago
Subscribe
Unsubscribe
Monthly+
The Too Much Rock podcast is a 30-minute journey through the weekly music acquisitions of its creator. It may feature power pop, indie rock, post punk, indie pop, or any other named or unnamed genre.
T
The Eddie Trunk Podcast

5d ago5d ago
Subscribe
Unsubscribe
Weekly
Eddie Trunk, the most well-known name in hard rock and metal music, brings his insight, commentary, reviews, discussion and in-depth interviews to the podcast world! Join Eddie and his famous friends in rock and entertainment every week for a rollicking good time. To access the entire show archive, go to PodcastOne.com.
T
The Comic's Comic Presents Last Things First

24h ago24h ago
Subscribe
Unsubscribe
Monthly+
Asking comedians about the historic lasts and firsts in their lives as their comedy careers have blossomed.
F
Filip & Fredrik podcast