Marvel TV & Movies - Post Show Recaps « »
Marvel’s What If? Episode 3 Recap: “What If… the World Lost Its Mightiest Heroes?” + ‘Spider-Man: No Way Home’ Trailer Reactions| Everything is Super 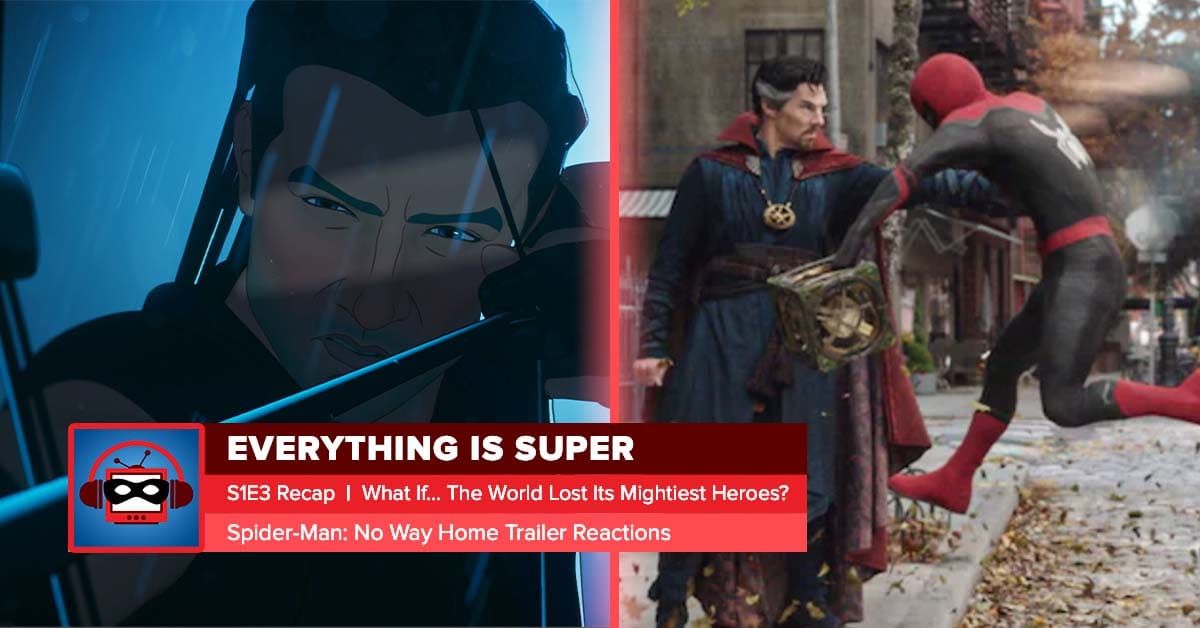 Marvel’s What If? Episode 3 Recap: “What If… the World Lost Its Mightiest Heroes?” + ‘Spider-Man: No Way Home’ Trailer Reactions| Everything is Super

Josh Wigler (@roundhoward) and Kevin Mahadeo (@kevmahadeo) are talking about Marvel’s What If…?, the very first animated Marvel Cinematic Universe series, coming out weekly on Wednesdays on Disney+. Set through the lens of Uatu the Watcher, Marvel’s What If…? looks at various elements of the MCU, and posits different ways in which they could play out, leading to new permutations of characters such as Captain Carter and T’Challa as Star-Lord.

This week, Josh returns and gives his takes on Marvel’s What If…? overall and episode 3 specifically, plus, he and Kevin watch and break down the new Spider-Man: No Way Home trailer.

Next week, Josh will return to join Kevin and discuss Episode 4 of Marvel’s What If…? and a preview of Shang-Chi. Get your feedback into super@postshowrecaps.com.

What if….there was more What If coverage?

Marvel’s What If? Episode 2 Recap: “What If… T’Challa Became a Star-Lord” | Everything is Super

Marvel’s What If? Episode 1 Recap: “What If… Captain Carter Were The First Avenger?” | Everything is Super

Marvel’s What If? Preview | Everything is Super

The post Marvel’s What If? Episode 3 Recap: “What If… the World Lost Its Mightiest Heroes?” + ‘Spider-Man: No Way Home’ Trailer Reactions| Everything is Super appeared first on PostShowRecaps.com.

6d ago6d ago
Subscribe
Unsubscribe
Weekly
In a unique weekly podcast, Edith Bowman sits down with a variety of film directors, actors, producers and composers to talk about the music that inspired them and how they use music in their films, from their current release to key moments in their career. The music chosen by our guests is woven into the interview and used alongside clips from their films. https://twitter.com/soundtrackinguk https://www.facebook.com/Soundtrackingwithedithbowman/ https://play.spotify.com/user/soundtrackingwi ...
M
Marvel's Wolverine