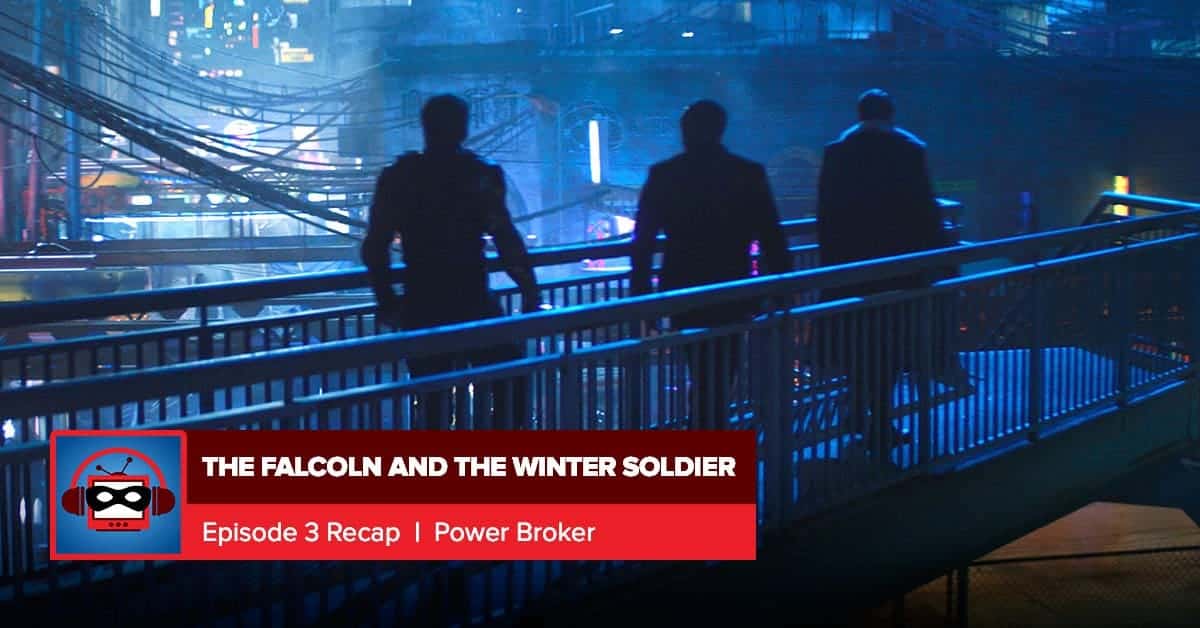 The Falcon and the Winter Soldier: Season 1 Episode 3 Recap | Everything is Super

Kevin Mahadeo (@kevmahadeo), LaTonya Starks (@lkstarks), and Mike Bloom (@AMikeBloomType) are flying high as they discuss all things Sam Wilson and Bucky Barnes in the Marvel Cinematic Universe’s Disney+ series “The Falcon and the Winter Soldier.”

This week: Zemo and Sharon Carter have made their series debuts! Kevin, LaTonya, and Mike get into everything unfamiliar about these familiar faces, the introduction of Madripoor into the MCU, and what that surprise cameo at the end of the episode tells us about what’s to come in the show’s second half.

Next week: “Falcon and the Winter Soldier” episode four! Kevin, LaTonya and Mike will be here every Monday recapping the new Marvel series, so make sure to follow along.

The Falcon and the Winter Soldier: Episode 1 Recap

The Falcon and the Winter Soldier: Episode 2 Recap

The post The Falcon and the Winter Soldier: Season 1 Episode 3 Recap | Everything is Super appeared first on PostShowRecaps.com.

23m ago23m ago
Subscribe
Unsubscribe
Daily+
When your favorite show ends, we’re just getting started. Josh Wigler and friends lead recaps of the biggest TV hits, from genre favorites on HBO to binge-shows on streaming platforms and far beyond. Post Show Recaps comes from veteran entertainment journalist Josh Wigler and Rob Cesternino of Rob Has a Podcast.
F
Film Sack

2+ y ago2+ y ago
Subscribe
Unsubscribe
Monthly
Marvel’s “Wolverine: The Lost Trail” is an epic quest that takes place in the Louisiana bayou. Following the events of Marvel’s “Wolverine: The Long Night,” Logan (Richard Armitage) returns to New Orleans in search of redemption, only to discover that his ex-lover, Maureen is nowhere to be found. And she's not the only one. Dozens of humans and mutants have gone missing, including the mother of a teenage boy, Marcus Baptiste. With Weapon X in close pursuit, Logan and Marcus must team up and ...
C
Classic Film Jerks

16m ago16m ago
Subscribe
Unsubscribe
Monthly
Join movie fans Michael DiGiovanni and Andrew Bloom as they set out to determine if all these so called classic films are indeed just that.
B
Bald Move Pulp

7h ago7h ago
Subscribe
Unsubscribe
Weekly+
Bald Move Pulp is where you can get your fix of robots, aliens, action space adventures, and everything in between; on television or on the big screen. Pulp was not made for serious drama, if that’s your thing, you might be looking for Bald Move Prestige.
S
Soundtracking with Edith Bowman

1d ago1d ago
Subscribe
Unsubscribe
Weekly
In a unique weekly podcast, Edith Bowman sits down with a variety of film directors, actors, producers and composers to talk about the music that inspired them and how they use music in their films, from their current release to key moments in their career. The music chosen by our guests is woven into the interview and used alongside clips from their films. https://twitter.com/soundtrackinguk https://www.facebook.com/Soundtrackingwithedithbowman/ https://play.spotify.com/user/soundtrackingwi ...
S
Slate's Spoiler Specials

23h ago23h ago
Subscribe
Unsubscribe
Weekly
The Talking Dead is a fan podcast dedicated to the AMC TV series The Walking Dead. Tune in for news, rumours, reviews, and more!
Listen to 500+ topics