Skeptic Science Michael Shermer
By Skeptic. Discovered by Player FM and our community — copyright is owned by the publisher, not Player FM, and audio is streamed directly from their servers. Hit the Subscribe button to track updates in Player FM, or paste the feed URL into other podcast apps.

Skeptic « »
Kevin Dutton — Black-and-White Thinking: The Burden of a Binary Brain in a Complex World


MP3•Episode home
By Skeptic. Discovered by Player FM and our community — copyright is owned by the publisher, not Player FM, and audio is streamed directly from their servers. Hit the Subscribe button to track updates in Player FM, or paste the feed URL into other podcast apps.
https://traffic.libsyn.com/secure/sciencesalon/mss153_Kevin_Dutton_2021_01_12.mp3
Download MP3 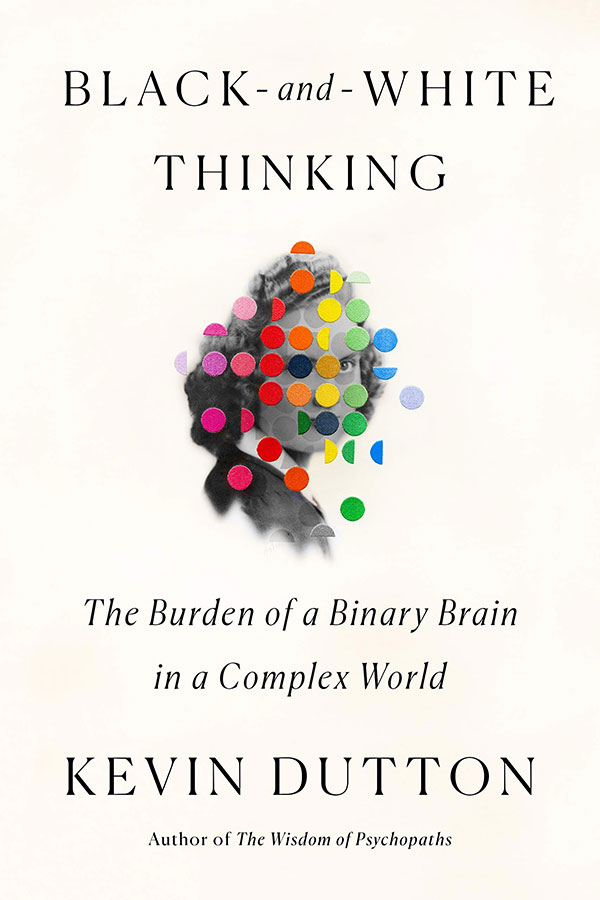 Several million years ago, natural selection equipped us with binary, black-and-white brains. Though the world was arguably simpler back then, it was in many ways much more dangerous. Not coincidentally, the binary brain was highly adept at detecting risk: the ability to analyze threats and respond to changes in the sensory environment — a drop in temperature, the crack of a branch — was essential to our survival as a species. Since then, the world has evolved — but we, for the most part, haven’t. Confronted with a panoply of shades of gray, our brains have a tendency to “force quit:” to sort the things we see, hear, and experience into manageable but simplistic categories. We stereotype, pigeon-hole, and, above all, draw lines where in reality there are none. In our modern, interconnected world, it might seem like we are ill-equipped to deal with the challenges we face — that living with a binary brain is like trying to navigate a teeming city center with a map that shows only highways.

Dr. Kevin Dutton is a Fellow of the British Psychological Society and a research psychologist at the University of Oxford. He regularly publishes in leading international scientific journals and speaks at conferences around the world. He is the author of Flipnosis and The Wisdom of Psychopaths, for which he was awarded a Best American Science and Nature Writing prize. His work has been translated into over twenty languages, and his writing and research have been featured in Scientific American, New Scientist, The Guardian, The Times, Psychology Today, The New York Times, The Wall Street Journal, and The Washington Post, among other publications.

You play a vital part in our commitment to promoting science and reason. If you enjoy the podcast, please show your support.

5d ago5d ago
Subscribe
Unsubscribe
Weekly
Every episode we blast anyone who gets in our way. We bring critical thinking, skepticism, and irreverence to any topic that makes the news, makes it big, or makes us mad. It’s skeptical, it’s political and there is no welcome mat.
R
Rationally Speaking Podcast

7h ago7h ago
Subscribe
Unsubscribe
Monthly
Rationally Speaking is the bi-weekly podcast of New York City Skeptics. Join host Julia Galef and guests as they explore the borderlands between reason and nonsense, likely from unlikely, and science from pseudoscience. Any topic is fair game as long as we can bring reason to bear upon it, with both a skeptical eye and a good dose of humor! We agree with the Marquis de Condorcet, who said that in an open society we ought to devote ourselves to "the tracking down of prejudices in the hiding p ...
M
More or Less: Behind the Stats

10d ago1w ago
Subscribe
Unsubscribe
Monthly+
[We have episodes in German and English] How do scientists uncover phenomena and explain their connections? How do engineers design machines, methods and infrastructure? At omega tau, experts give detailed answers. Over the last ten years, we have produced 300 episodes in which we dug deeper, until we ran out of questions. Join us on our journey through the world of science and engineering: the closer you look and listen, the more interesting things get.
E
Embedded

7m ago7m ago
Subscribe
Unsubscribe
Weekly
Embedded is the show for people who love gadgets. Making them, breaking them, and everything in between. Weekly interviews with engineers, educators, and enthusiasts. Find the show, blog, and more at embedded.fm.
T
The Skeptics Guide

11y ago11y ago
Subscribe
Unsubscribe
Monthly
Three thousand years after a chunk of iron the size of Khufu’s pyramid collides with Europa, Jupiter’s sixth moon, an asteroid borne of the collision crashes into Earth’s Arctic ice shelf carrying extraterrestrial microbial life. The first man to come into contact with the microbes hears voices—and then dies. After determining the meteorite originated from Europa, the Global Exploratory Corporation sends oceanographer and biologist, Kathy Connelly, and her crew to the moon aboard the Surveyo ...
T
The BMJ Podcast

9h ago9h ago
Subscribe
Unsubscribe
Weekly+
The BMJ is an international peer reviewed medical journal and a fully “online first” publication. The BMJ’s vision is to be the world’s most influential and widely read medical journal. Our mission is to lead the debate on health and to engage, inform, and stimulate doctors, researchers, and other health professionals in ways that will improve outcomes for patients. We aim to help doctors to make better decisions.
G
Great Moments In Science

2d ago2d ago
Subscribe
Unsubscribe
Monthly+
From the ground breaking and life saving to the wacky and implausible, Dr Karl Kruszelnicki reveals some of the best moments in science.
Listen to 500+ topics