The Armchair Philosopher « »
Facing The Music With Jennifer Knapp

On the season finale of Season 5, I’m honored to have Jennifer Knapp as a guest! We discuss her faith journey as well as her music. We also discuss Inside Out Faith, a non-profit Jennifer created to actively engage faith communities in order to educate, affirm and foster support of LGBTQ persons and their allies. 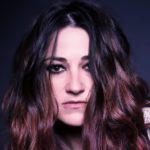 Jennifer Knapp is a Grammy-nominated songwriter, author, and advocate. Her impressive history includes selling over one million albums with her first three releases Kansas(debut 1998, Gold-certified), Lay It Down(2000), and The Way I Am(2001). She has earned four Dove Awards and two Grammy nominations. The Kansas-born musician has toured the globe with artists such as Jars of Clay and was featured on the Lilith Fair Tour in 1999 and again in 2010. Knapp has received critical acclaim for her human approach to the divine, with The Los Angeles Times calling her “a rising star” and People Magazine describing her as “an uncommonly literate songwriter.”

With a considerable fan base and critical and commercial successes, Knapp walked away from music in 2002 at the height of her career. After a seven-year hiatus she returned in 2010 with a renewed passion for music showcased in her album Letting Go, which debuted at No. 73 on the Billboard Hot 200 Chart. Set Me Free followed in 2014 on Righteous Babe Records in conjunction with a memoir, Facing the Music: My Story, published by Simon & Schuster. Her 2017 album Love Comes Back Around, produced by Viktor Krauss, pairs her fearless songwriting and strong, expressive voice with rootsy arrangements.

As the first major artist known by the Christian music world to speak openly about LGBTQ identity, her unique position has created opportunities for a national dialogue, including appearances on Larry King Live and on the TEDx stage. In 2012 Knapp founded the advocacy non-profit organization, Inside Out Faith.

5d ago5d ago
Subscribe
Unsubscribe
Weekly+
Radio Ahmadiyya - the real voice of Islam is a weekly Radio Broadcast in the Urdu language with the mandate to educate its listeners about Islam and Ahmadiyyat. It presents the teachings of Islam as explained in the Holy Qur'an and by the Holy Prophet of Islam, Muhammad (Peace and Blessings of Allah be on him).
F
Fr. Larry Richards of The Reason For Our Hope Foundation Podcast

6m ago6m ago
Subscribe
Unsubscribe
Daily
Fr. Larry Richards is the founder and president of The Reason for our Hope Foundation, a non- profit organization dedicated to "spreading the Good News" by educating others about Jesus Christ. His new homilies are posted each week.
W
World Spirituality

13h ago13h ago
Subscribe
Unsubscribe
Daily
To support this ministry financially, visit: https://www.oneplace.com/donate/207 Let Christian Research Institute President Hank Hanegraaff and his guests equip you to defend your faith against errors and false teachers, and help you stay strong in your walk with the Lord.
W
Weekly Sanga

13m ago13m ago
Subscribe
Unsubscribe
Weekly+
Mormon Stories is an attempt to build understanding between and about Mormons through the telling of stories in both audio and video formats.
Listen to 500+ topics