Mimetic Theory, Monsters, Hell and God collide on today’s Armchair Philosopher Podcasts. Hellbound? Director Kevin Miller joins the conversation to discuss a class he was preparing called Mimetic Theory & Monsters. The class would eventually be cancelled because of events outside his control, but it’s a very eye-opening conversation and one that Kevin hopes to transfer into future projects. 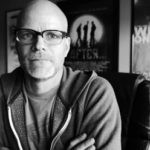 Raised on a farm just outside of Foam Lake, Saskatchewan, Kevin went off into the world and fulfilled many of his childhood dreams, which included working in the film business as a screenwriter, director, producer, and film editor and also establishing himself as a freelance writer and editor in the world of book publishing. Over the years, Kevin has worked on about a dozen films, including documentaries, feature films, and short film projects (he’s Kevin Miller XI on imdb.com) and over a hundred books, both fiction and non-fiction, many of which he worked on as an editor.

Learn move about Hellbound? over at hellboundthemovie.com.

F
Fr. Larry Richards of The Reason For Our Hope Foundation Podcast

2m ago2m ago
Subscribe
Unsubscribe
Daily
Fr. Larry Richards is the founder and president of The Reason for our Hope Foundation, a non- profit organization dedicated to "spreading the Good News" by educating others about Jesus Christ. His new homilies are posted each week.
T
The RobCast

1d ago1d ago
Subscribe
Unsubscribe
Weekly
Our planet is becoming a global village, yet enormous differences remain in culture and spiritual tradition—differences that can lead to misunderstanding, hatred, and war. Host Paul John Roach and his guests explore the unity and common values shared within all cultures and faith traditions.
R
Radio Ahmadiyya - The Real Voice of Islam

6d ago6d ago
Subscribe
Unsubscribe
Weekly+
Radio Ahmadiyya - the real voice of Islam is a weekly Radio Broadcast in the Urdu language with the mandate to educate its listeners about Islam and Ahmadiyyat. It presents the teachings of Islam as explained in the Holy Qur'an and by the Holy Prophet of Islam, Muhammad (Peace and Blessings of Allah be on him).
T
The Joy of Text - Jewish Public Media

11h ago11h ago
Subscribe
Unsubscribe
Daily
To support this ministry financially, visit: https://www.oneplace.com/donate/207 Let Christian Research Institute President Hank Hanegraaff and his guests equip you to defend your faith against errors and false teachers, and help you stay strong in your walk with the Lord.
T
The Astrology Podcast

4d ago4d ago
Subscribe
Unsubscribe
Monthly+
Thank you for joining us for another great podcast today! Here you'll find many encouraging and challenging messages to help you build a life of significance! Keep coming back to listen to all the latest messages from Hillsong Church South Africa. We would love for you to rate our podcast, subscribe, perhaps write a review and share the channel with all your friends to help us build a Church that Builds a nation.
I
Infants on Thrones

10d ago1w ago
Subscribe
Unsubscribe
Weekly
The Philosophies of Men, Mingled with Humor
Listen to 500+ topics