What happens when you put an evangelical minister and a lesbian comedian together in a van?
An event for anyone who believes that love and laughter can change the world.

The fight for civil rights is in full force in 2017, with a slew of discriminatory laws rearing their ugly heads in Southern states all over the U.S. People of the LGBT community are the targets in this current culture war, and now is the time for people who believe in equality for everyone to stand on the right side of history. Comedian Kristen Becker (founder, Dykes of Hazard Comedy) and Pastor Jay Bakker (founder, Revolution Church, host of This is Radiocast) believe it’s entirely possible to smooth over the rifts in an ever-increasingly divided society through the use of human elements that never discriminate: love and laughter.

Today I have the privilege to speak to Kristen Becker and Jay Bakker about their unlikely pairing with Loosen The Bible Belt and how this tour is changing lives through love and laughter. 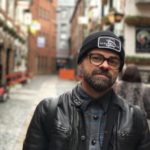 Jay Bakker lives in Minneapolis, Minnesota, where he is pastor of Revolution, a church that meets in a bowling alley and has a worldwide online audience. Jay speaks to congregations and other groups all over the country about faith, grace, and his experiences with the underbelly of life and Christianity. Jay has authored the books Fall to Grace, Son of A Preacher Man, as well as his most recent title, Faith, Doubt, and Other Lines I’ve Crossed: Walking with the Unknown God. 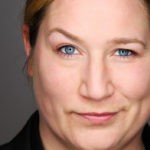 Kristen Becker is a dyke comic tour de force. Named “One of America’s Funniest Lesbians” by CURVE Magazine—in a tie for #8 with Lily Tomlin—Becker beat sixty male contestants to take the title at the 2006 Queen City Comedy Competition in Toronto. The creator, fearless leader, and host of Dykes of Hazard, Becker’s brazen attitude and keen eye for irony leaves audiences— both gay and straight— cheering for more. Becker has opened for national comedy acts like Doug Stanhope, Josh Blue (winner of Last Comic Standing), and singer/songwriter Ani DiFranco, and has become one of queer comedy’s most popular comedians. She has been featured in Pride events across the US and Canada.

3d ago3d ago
Subscribe
Unsubscribe
Weekly+
Radio Ahmadiyya - the real voice of Islam is a weekly Radio Broadcast in the Urdu language with the mandate to educate its listeners about Islam and Ahmadiyyat. It presents the teachings of Islam as explained in the Holy Qur'an and by the Holy Prophet of Islam, Muhammad (Peace and Blessings of Allah be on him).
F
Fr. Larry Richards of The Reason For Our Hope Foundation Podcast

19h ago19h ago
Subscribe
Unsubscribe
Daily
Fr. Larry Richards is the founder and president of The Reason for our Hope Foundation, a non- profit organization dedicated to "spreading the Good News" by educating others about Jesus Christ. His new homilies are posted each week.
W
World Spirituality

9d ago1w ago
Subscribe
Unsubscribe
Monthly
A show about Judaism and sexuality
B
Bible Answer Man on Oneplace.com

19h ago19h ago
Subscribe
Unsubscribe
Daily
To support this ministry financially, visit: https://www.oneplace.com/donate/207 Let Christian Research Institute President Hank Hanegraaff and his guests equip you to defend your faith against errors and false teachers, and help you stay strong in your walk with the Lord.
W
Weekly Sanga

3d ago3d ago
Subscribe
Unsubscribe
Monthly+
Thank you for joining us for another great podcast today! Here you'll find many encouraging and challenging messages to help you build a life of significance! Keep coming back to listen to all the latest messages from Hillsong Church South Africa. We would love for you to rate our podcast, subscribe, perhaps write a review and share the channel with all your friends to help us build a Church that Builds a nation.
M
Mormon Stories - LDS

7h ago7h ago
Subscribe
Unsubscribe
Weekly+
Mormon Stories is an attempt to build understanding between and about Mormons through the telling of stories in both audio and video formats.
Listen to 500+ topics