The UltiVerse « »
Tiina and George


MP3•Episode home
By Josh Seamon. Discovered by Player FM and our community — copyright is owned by the publisher, not Player FM, and audio is streamed directly from their servers. Hit the Subscribe button to track updates in Player FM, or paste the feed URL into other podcast apps.

In this episode I talk with Tiina Booth and George Cooke about their experiences running NUTC and the UCPC. We also cover some stories about their lives and their vision for the future of Ultimate. 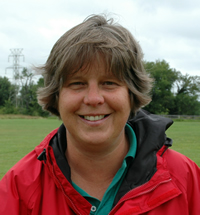 Tiina Booth moved to Amherst in 1989 when she was hired as an English teacher at Amherst Regional High School. In 1992 she founded the Amherst Invitational, the oldest high school ultimate tournament in the U.S. She coaches the boys’ varsity team at ARHS and in 1997 was featured in Sports Illustrated’s “Faces in the Crowd” for her coaching achievements.

In 1998 Booth co-founded the Junior National Ultimate Championship, which her team eventually won. For the next four years, her team finished in the top four, with runner-up finishes in 2001 and 2002. The following year, the Hurricanes won the national title again in Birmingham, Alabama; they repeated in 2004 in Corvallis, Oregon. In 2005 they won the Easterns Championships in Pittsburgh and finished second at YCC in Minneapolis.

Booth also coached the U.S. Juniors Boys Team at the World Ultimate Championships in 1998 and 2000, winning the gold and bronze medals respectively. In 2004, she coached this team again with Michael Baccarini and they took home the gold, with a victory over the Canadian juniors in the finals. She is currently working on a book about ultimate with Michael Baccarini, which is due out this month!

In 2001 Tiina founded the National Ultimate Training Camp, the first overnight Ultimate camp in the world. Since it’s first year with only one session of 28 campers, NUTC has expanded into 3 sessions of 100 campers each. Campers have come in from all over the US and several foreign countries.

In 2007 along with George Cooke, Booth founded the Ultimate Coaches and Players Conference. The conference brings together Ultimate personalities from all over the US for a full day of lectures, panel discussions, and the Ultimate Expo. 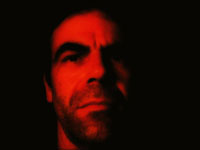 George Cooke: I was born in Philadelphia in 1964. I moved around a bit as kid, but grew up primarily in Ithaca, NY. I was introduced to the sport of Ultimate in 1976 at Hampshire College , where my father was teaching summer school mathematics. I also developed an interest in music while in high school, and the Cornell Ultimate furthered my interest in Ultimate. My friends and I formed the first Ithaca High School team in 1981. I attended UMASS/Amherst and played for ZooDisc in the fall of 1982. I dropped out of the sport in 1983 to pursue a career in music. It was at UMASS that I met my wife and we were married in 1992.

My wife and I moved to Boston in 1991, prior to getting married. I started working at Boston College, where I work now in the theater department. I pursued fame and fortune as a musician in the early 1990′s, but had more success as a sound engineer as I toured the country several times. Our daughter was born in 1997, and it was then that I was re-introduced to Ultimate. I made my debut at Nationals in the Mixed Div at the age of 35. I retired as a player in 2005, and I have been coaching the Wellesley College team since 2003. My family currently lives in Newton, Mass.

Lots of the information from Tiina’s bio was taken from nutc.net and upa.org.