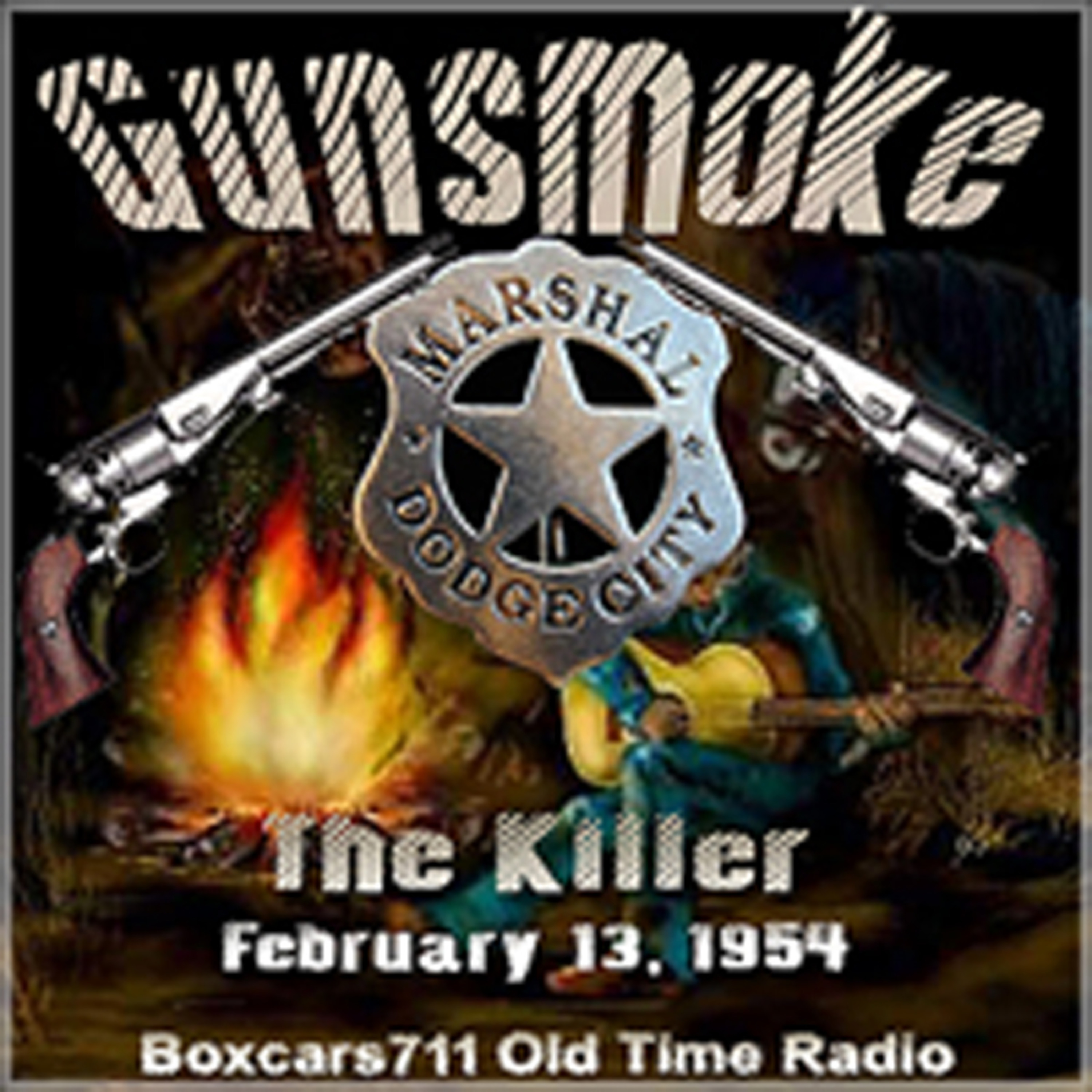 The radio show first aired on April 26, 1952 and ran until June 18, 1961 on the CBS radio network. The series starred William Conrad as Marshal Matt Dillon, Howard McNear as Doc Charles Adams, Georgia Ellis as Kitty Russell, and Parley Baer as Deputy Chester Proudfoot. Doc's first name and Chester's last name were changed for the television program. Gunsmoke was notable for its critically acclaimed cast and writing, and is commonly regarded as one of the finest old time radio shows. Some listeners (such as old time radio expert John Dunning) have argued that the radio version of Gunsmoke was far more realistic than the television program. Episodes were aimed at adults, and featured some of the most explicit content of the day: there were violent crimes and scalpings, massacres and opium addicts.
THIS EPISODE:
February 13, 1954. CBS network. "The Killer" Sustaining. Crego is a cowardly killer who's very particular about whom he shoots. The script was used on the Gunsmoke television series on May 19, 1956. William Conrad, John Meston (writer), Lawrence Dobkin, Howard Culver, Vic Perrin, Richard Deacon, Parley Baer, Georgia Ellis, Norman Macdonnell (director), Rex Koury (composer, conductor), George Walsh (announcer). 26:14. Episode Notes From The Radio Gold Index.