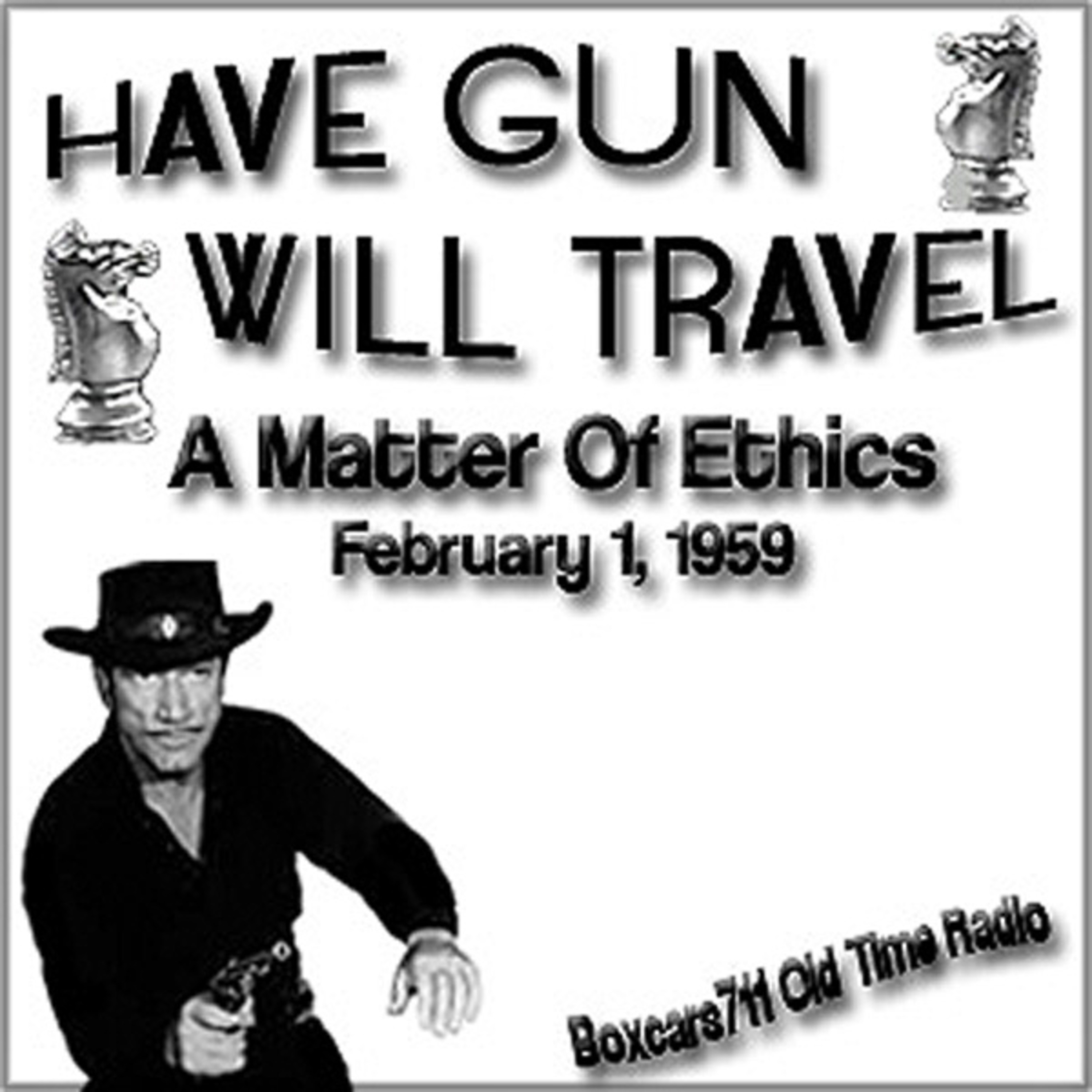 Boxcars711 Overnight Western "Have Gun Will Travel" -
A Matter Of Ethics (Aired February 1, 1959)
The radio series debuted November 23, 1958. Have Gun — Will Travel was created by Sam Rolfe and Herb Meadow and produced by Frank Pierson, Don Ingalls, Robert Sparks, and Julian Claman. There were 225 episodes of the TV series (several were written by Gene Roddenberry), of which 101 were directed by Andrew McLaglen and 19 were directed by the series star Richard Boone. The title was a catch phrase used in personal advertisements in newspapers like The Times, indicating that the advertiser was ready-for-anything. It was used in this way from the early 1900s. A form common in theatrical advertising was "Have tux, will travel" and this was the inspiration for the writer Herb Meadow.
THIS EPISODE:
February 1, 1959. CBS network. "A Matter Of Ethics". Sponsored by: Fitch Shampoo, Popular Science Magazine. A killer hires Paladin to keep himself from being lynched until he can stand trial. Quality upgrade, network, sponsored version. The script was used on the "Have Gun, Will Travel" television show on October 12, 1957. John Dehner, Ben Wright, Jack Edwards, Jack Kruschen, Olan Soule, Vic Perrin (doubles), Hugh Douglas (announcer), Norman Macdonnell (producer, director), Sam Rolfe (creator, writer), Herb Meadow (creator), Virginia Christine, Roy Woods, John Dunkel (adaptor), Virginia Gregg, Bill James (sound effects), Tom Hanley (sound effects). 25:05. Show Notes From The Radio Gold Index.

8m ago8m ago
Subscribe
Unsubscribe
Daily
Three of Australia's most respected personalities, Kate Ritchie, Tim Blackwell and Joel Creasey, come together to bring a conversational cheekiness to the drive shift. Joel Creasey joins Kate and Tim as the newest addition to Australia’s renowned drive show, with a combination of the day's hot topics, the best of digital and online and their unique benchmarks and games. Featuring the segments that Nova listeners have grown to love including Monday’s Mailbag, The Wednesday Wheel and the highl ...
F
Focus on Parenting Podcast