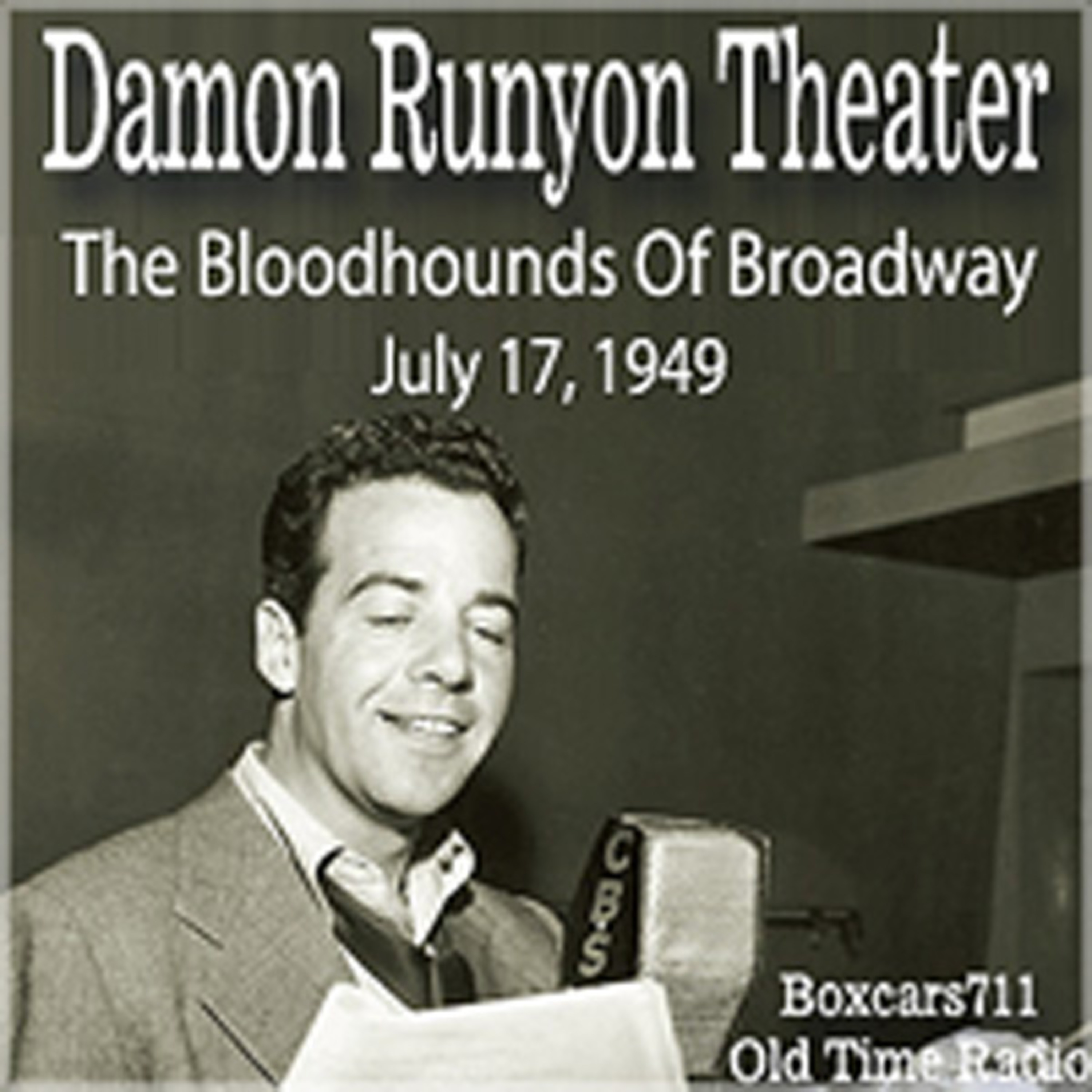 Broadcast from January to December 1949, "The Damon Runyon Theater" dramatized 52 of Runyon's short stories for radio. Damon Runyon (October 4, 1884 – December 10, 1946) was a newspaperman and writer. He was best known for his short stories celebrating the world of Broadway in New York City that grew out of the Prohibition era. He spun tales of gamblers, petty thieves, actors and gangsters; few of whom go by "square" names, preferring instead to be known as "Nathan Detroit", "Big Jule", "Harry the Horse", "Good Time Charlie", "Dave the Dude", and so on. These stories were written in a very distinctive vernacular style: a mixture of formal speech and colorful slang, almost always in present tense, and always devoid of contractions.
THIS EPISODE:
July 17, 1949. Program #29. Mayfair syndication. "The Bloodhounds Of Broadway" . Commercials added locally. Man's best friend is not always the one with four legs. John Brown, Damon Runyon (author), Russell Hughes (adaptor), Vern Carstensen (production supervisor), Richard Sanville (director), Frank Gallop (announcer). 28:15. Episode Notes From The Radio Gold Index.