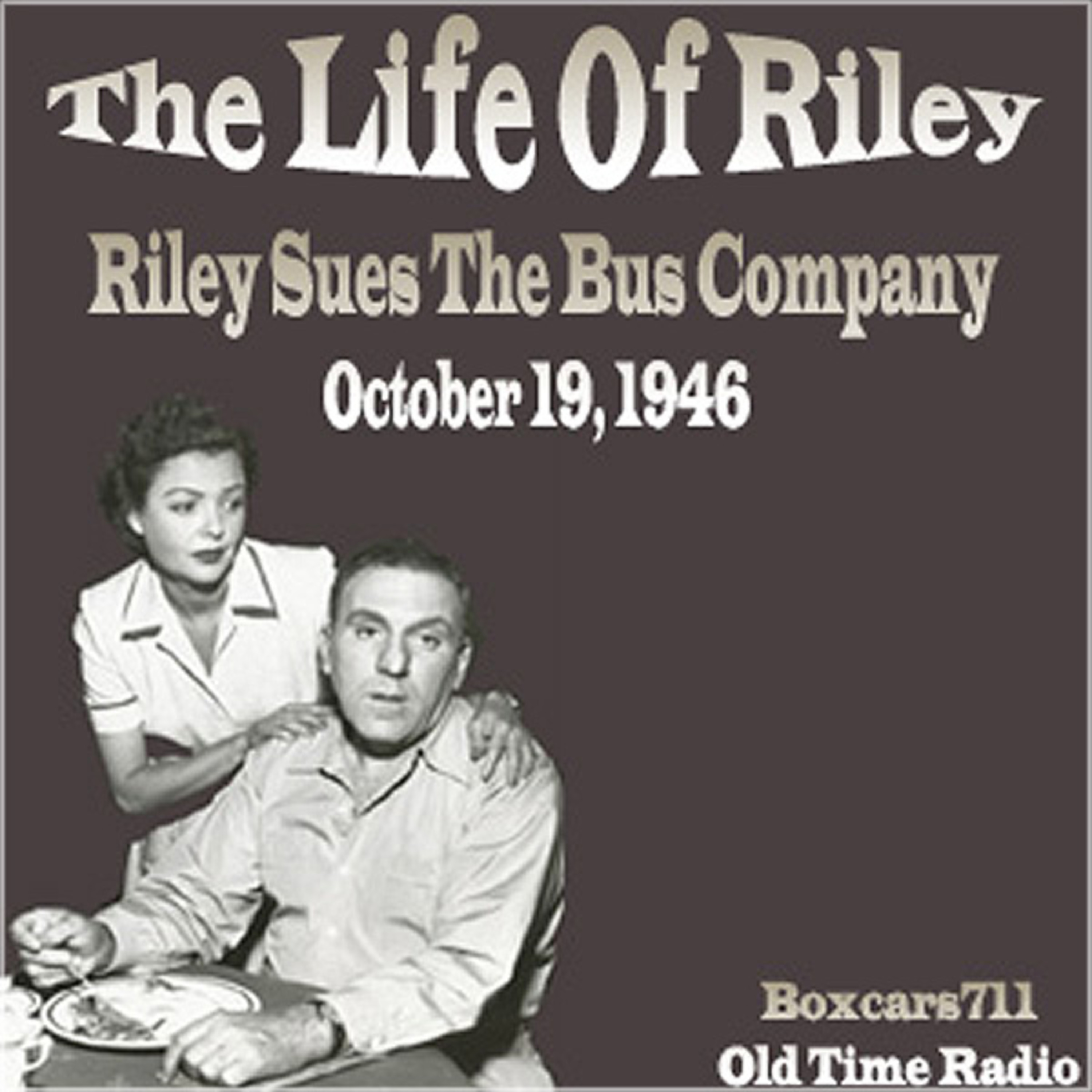 Intro. "Johnny Mathis / Denise Williams"
Riley Sues The Bus Company (Aired October 19, 1946)
The radio program starring William Bendix aired on the ABC Blue Network from January 16, 1944 to June 8, 1945. Then it moved to NBC, where it was broadcast from September 8, 1945 to June 29, 1951. The supporting cast featured John Brown, who portrayed not only undertaker Digger O'Dell but also Riley's co-worker Gillis. Whereas Gillis gave Riley bad information that got him into trouble, Digger gave him good information that "helped him out of a hole," as he might have put it. Brown's lines as the undertaker were often repetitive, including puns based on his profession; but, thanks to Brown's delivery, the audience loved him.
THIS EPISODE:
October 19, 1946. "Riley Sues The Bus Company" - NBC network. Sponsored by: Teel, Dreft. It's Riley vs. the bus company. William Bendix, Ken Carpenter (announcer), Paula Winslowe, John Brown, Irving Brecher (producer), Don Bernard (director), Lou Coslowe (music). 23:12. Episode Notes From The Radio Gold Index.