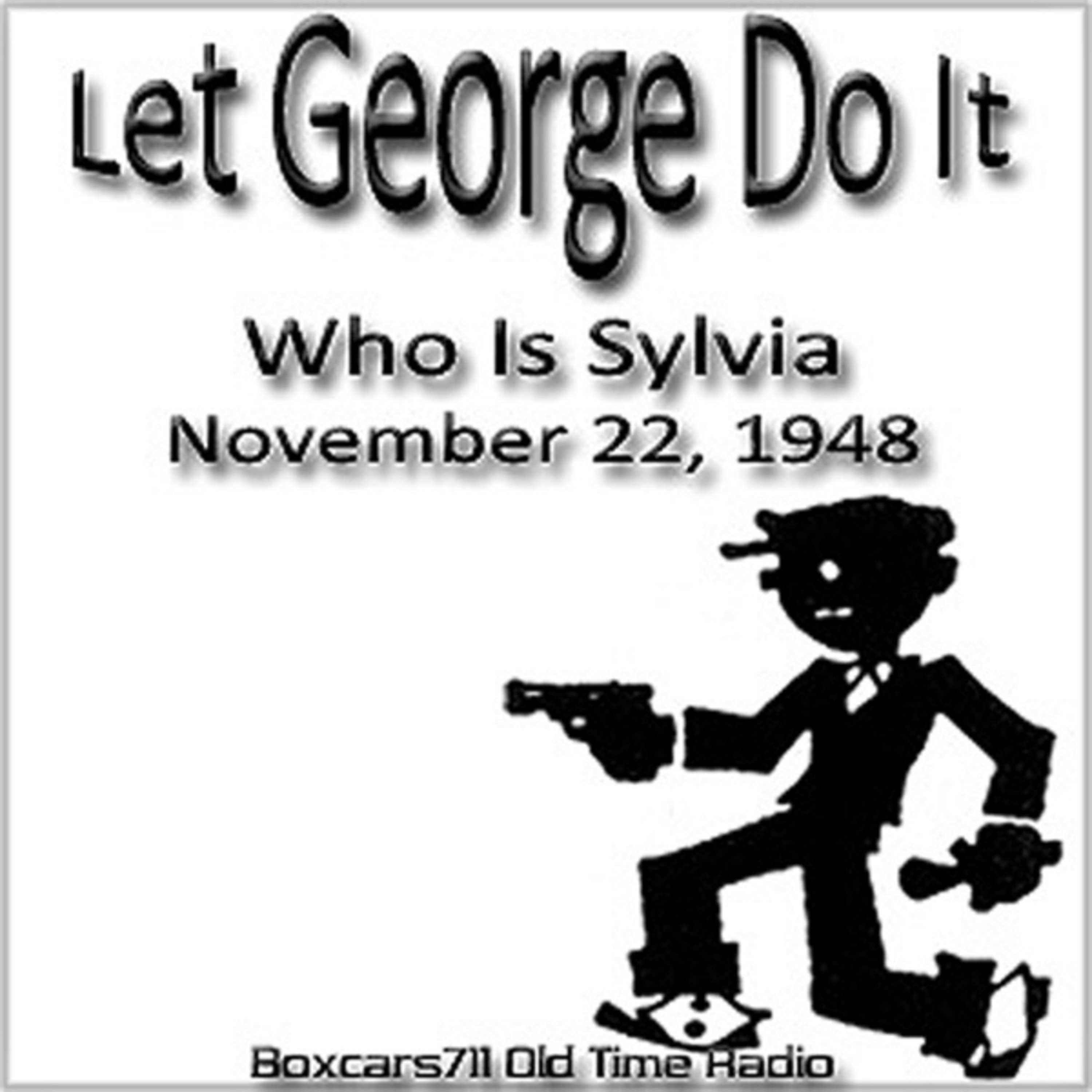 Who Is Sylvia? (Aired November 22, 1948)
Let George Do It was a radio drama series produced by Owen and Pauline Vinson from 1946 to 1954. It starred Bob Bailey as detective-for-hire George Valentine (with Olan Soule stepping into the role in 1954). Clients came to Valentine's office after reading a newspaper carrying his classified ad: "Personal notice: Danger's my stock in trade. If the job's too tough for you to handle, you've got a job for me. George Valentine." Valentine's secretary was Claire Brooks, aka Brooksie (Frances Robinson, Virginia Gregg, Lillian Buyeff). As Valentine made his rounds in search of the bad guys, he usually encounted Brooksie's kid brother, Sonny (Eddie Firestone), Lieutenant Riley (Wally Maher) and elevator man Caleb (Joseph Kearns). Sponsored by Standard Oil, the program was broadcast on the West Coast Mutual Broadcasting System from October 18, 1946 to September 27, 1954, first on Friday evenings and then on Mondays.
THIS EPISODE:
November 22, 1948. Mutual-Don Lee network. "Who Is Sylvia?". Sponsored by: Standard Oil, Chevron. A wealthy man with a very beautiful wife commits suicide. This is very fishy as Sylvia is some lady! The middle commercial has been deleted. Bud Hiestand (announcer), Don Clark (director), Eddie Dunstedter (composer, conductor), David Victor (writer), Herbert Little Jr. (writer), Wally Maher, Frances Chaney, George Neise, Bob Bailey, Frances Robinson, Fred Howard, Luis Van Rooten, Ken Christy. 28:11. Episode Notes From The Radio Gold Index.