Hmmm there seems to be a problem fetching this series right now. Last successful fetch was on September&nbsp18,&nbsp2021&nbsp00:33 (

By Bob Camardella. Discovered by Player FM and our community — copyright is owned by the publisher, not Player FM, and audio is streamed directly from their servers. Hit the Subscribe button to track updates in Player FM, or paste the feed URL into other podcast apps. 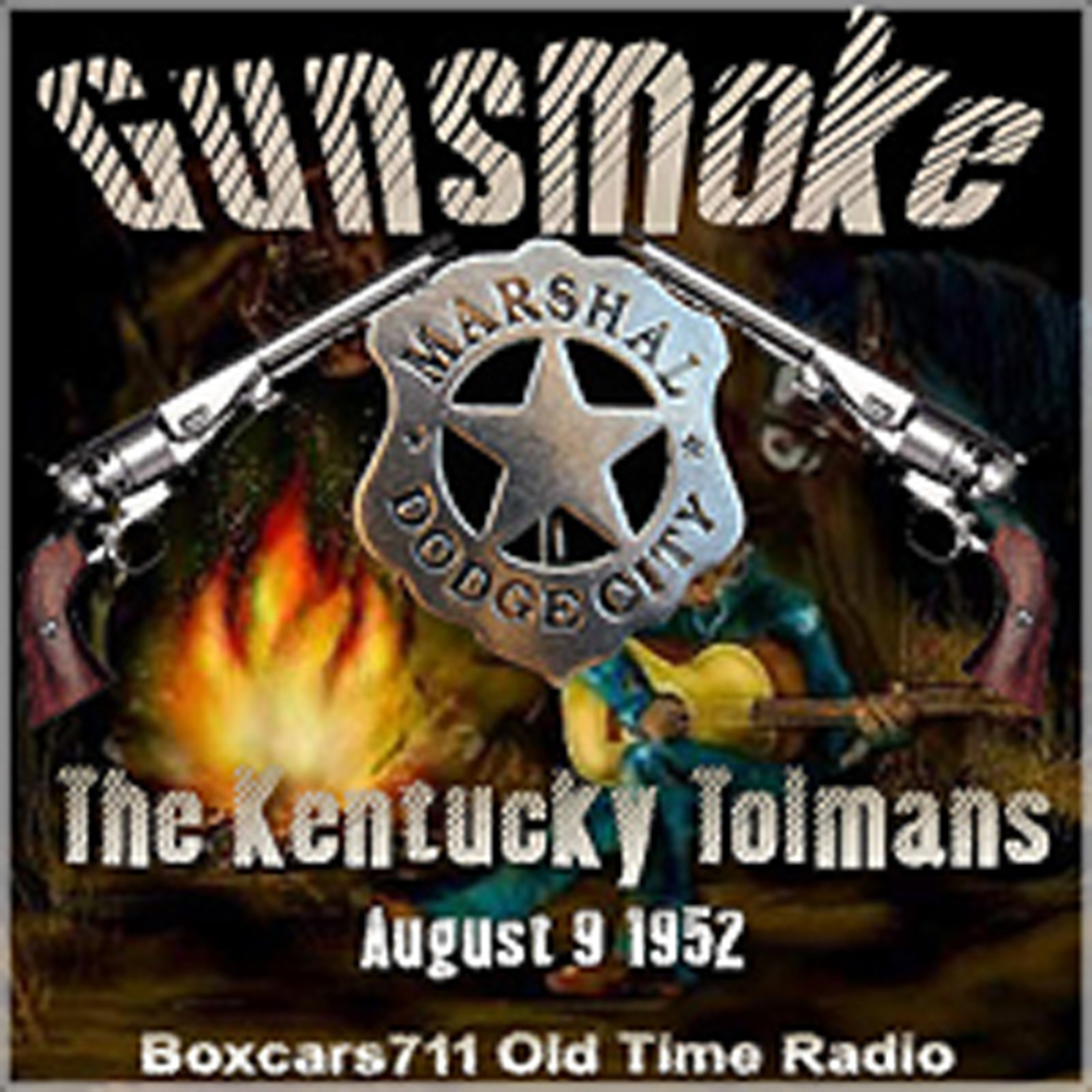 The radio show first aired on April 26, 1952 and ran until June 18, 1961 on the CBS radio network. The series starred William Conrad as Marshal Matt Dillon, Howard McNear as Doc Charles Adams, Georgia Ellis as Kitty Russell, and Parley Baer as Deputy Chester Proudfoot. Doc's first name and Chester's last name were changed for the television program. Gunsmoke was notable for its critically acclaimed cast and writing, and is commonly regarded as one of the finest old time radio shows. Some listeners (such as old time radio expert John Dunning) have argued that the radio version of Gunsmoke was far more realistic than the television program. Episodes were aimed at adults, and featured some of the most explicit content of the day: there were violent crimes and scalpings, massacres and opium addicts.
THIS EPISODE:
August 9, 1952. CBS network. "The Kentucky Tolmans". Sustaining. The Tolmans from Kentucky include a good lookin' mountain gal, a drinking old father with a secret, and a son willing to kill to get at it. William Conrad, Parley Baer, Joseph Kearns, Junius Matthews, Harry Bartell, Lou Krugman, Peter Leeds, Virginia Gregg, George Walsh (announcer), Herb Purdum (writer), Norman Macdonnell (director), Rex Koury (composer, conductor). 30:28. Episode Notes From The Radio Gold Index.

10d ago1w ago
Subscribe
Unsubscribe
Monthly
Barry first found music when he borrowed his sister's record collection when he was about eight and was hooked. When Caroline started it was a new beginning, and he listened to all the stations, but Caroline was his favourite by far. Later he became a singer in a band, then started doing discos when he was 18. He joined Caroline in 1977, touring the country with the Caroline Roadshow for 10 years, having great fun. Barry helped with tender trips and worked on the Ross Revenge in '84 and '85. ...
F
Filip & Fredrik podcast

7m ago7m ago
Subscribe
Unsubscribe
Daily
Three of Australia's most respected personalities, Kate Ritchie, Tim Blackwell and Joel Creasey, come together on the Nova Network to bring a conversational cheekiness to the drive shift. Joel Creasey joins Kate and Tim as the newest addition to Australia’s renowned drive show, with a combination of the day's hot topics, the best of digital and online and their unique benchmarks and games. Featuring the segments that Nova listeners have grown to love including Monday’s Mailbag, The Wednesday ...
F
Focus on Parenting Podcast