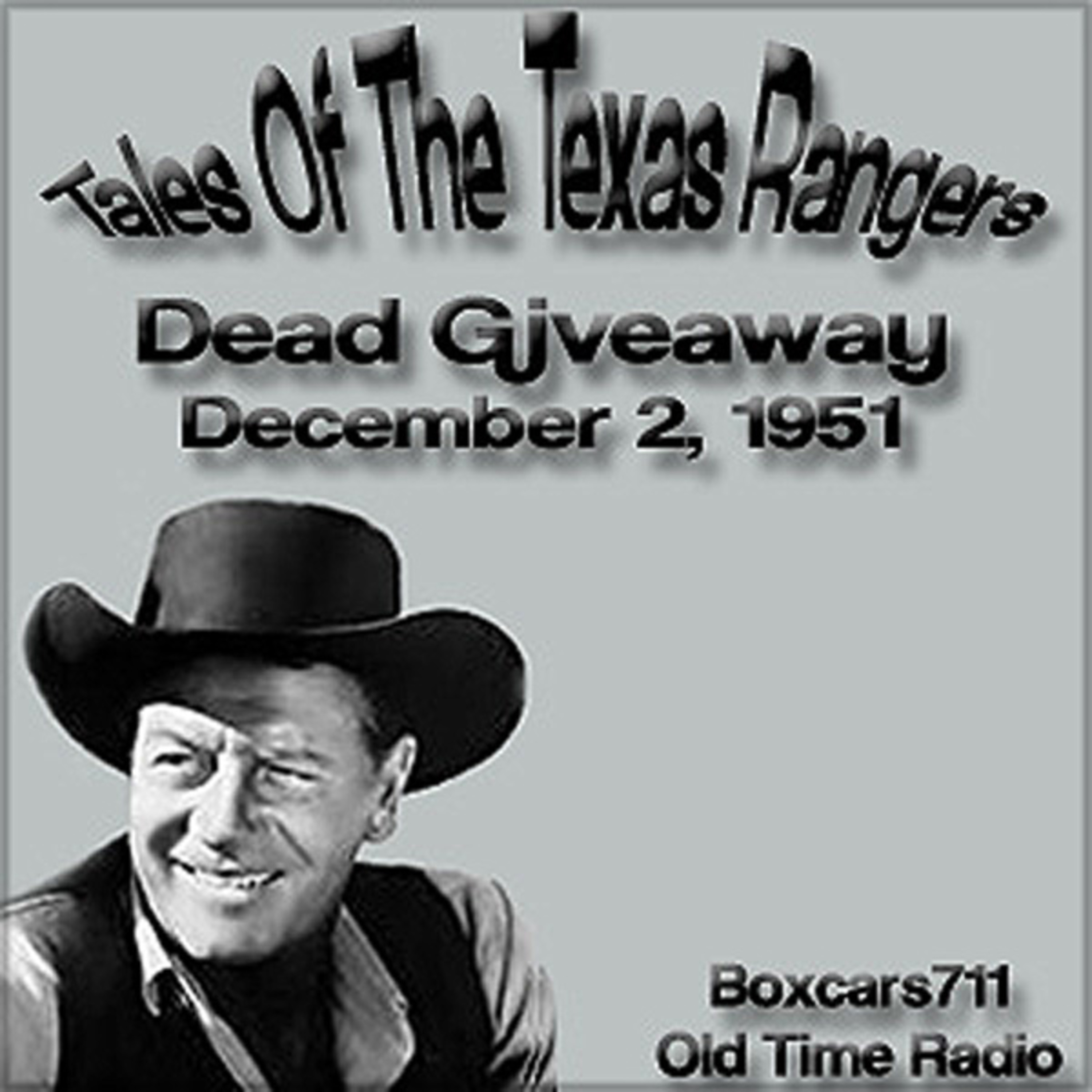 Boxcars711 Overnight Western "Tales Of The Texas Rangers"
The Dead Give Away (Aired December 2, 1951)

Tales of the Texas Rangers, a western adventure old-time radio drama, premiered on July 8, 1950, on the US NBC radio network and remained on the air through September 14, 1952. Movie star Joel McCrea starred as Texas Ranger Jayce Pearson, who used the latest scientific techniques to identify the criminals and his faithful horse, Charcoal (or "Charky," as Jayce would sometimes refer to him), to track them down. The shows were reenactments of actual Texas Ranger cases.The series was produced and directed by Stacy Keach, Sr., and was sponsored for part of its run by Wheaties. Captain Manuel T. "Lone Wolf" Gonzaullas, a Ranger for 30 years and who was said to have killed 31 men during his career, served as consultant for the series.
THIS EPISODE:
December 2, 1951. NBC network. "Dead Giveaway". Sustaining. A boxer named Johnny Buck is poisoned...in the middle of a fight. The date and story title are subject to correction. Joel McCrea, Will Gould (adaptor), Tony Barrett, Herb Ellis, Herb Vigran, Peggy Webber, Nestor Paiva, Parley Baer, Stacy Keach (producer, director), Hal Gibney (announcer). 30:40. Episode Notes From The Radio Gold Index.