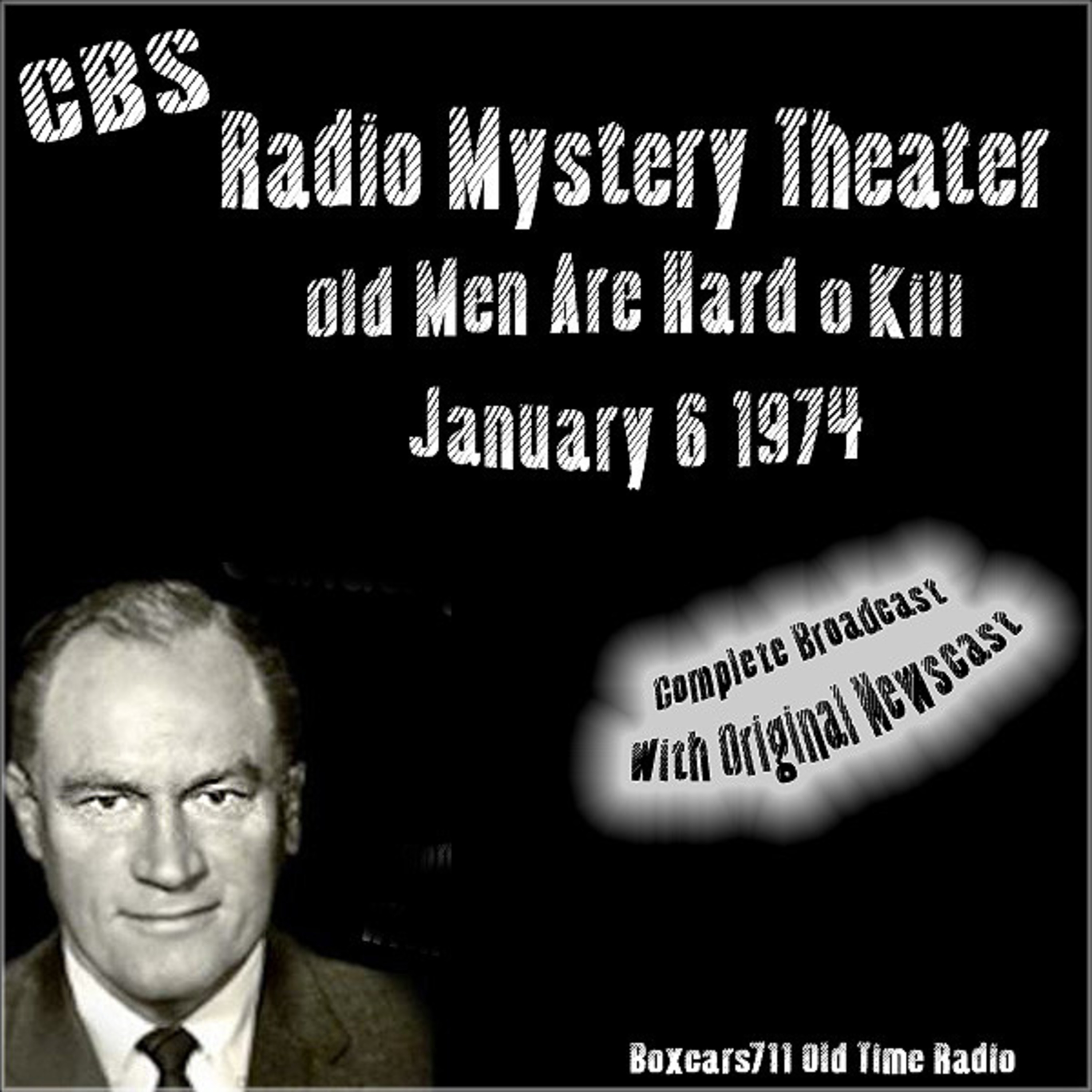 The CBS Radio Mystery Theater (or CBSRMT) was an ambitious and sustained attempt to revive the great drama of old-time radio in the 1970s. Created by Himan Brown (who had by then become a radio legend due to his work on Inner Sanctum Mysteries and other shows dating back to the 1930s), and aired on affiliate stations across the CBS Radio network, the series began its long run on January 6, 1974. The final episode ran on December 31, 1982. The show was broadcast nightly and ran for one hour, including commercials. Typically, a week consisted of three to four new episodes, with the remainder of the week filled out with reruns. There were a total of 1399 original episodes broadcast. The total number of broadcasts, including reruns, was 2969. The late E.G. Marshall hosted the program every year but the final one, when actress Tammy Grimes took over.
THIS EPISODE:
January 06, 1974. Program #1. CBS network. "The Old Ones Are Hard To Kill". Budweiser, Kellogg's. The first show of the series. The program was rebroadcast on March 1, 1974 and December 2, 1978. The dates listed should be taken only as a general guide, as programs were repeated on different dates at different stations. Production credits for the shows includes Fred Himes (technical director), Jimmy Dwan (sound effects), Jerry McCarthy (sound effects), Peter Prescott (sound effects). These names are listed below for this program only, as the exact dates they were involved with the program are unknown. E. G. Marshall (host), Henry Slesar (writer), Agnes Moorehead, Leon Janney (doubles), Roger De Koven (doubles), Himan Brown (producer, director), Jimmy Dwan, Jerry McCarthy, Peter Prescott, Fred Himes. 52 minutes. Episode Notes From The Radio Gold Index.