Marvel TV & Movies - Post Show Recaps « »
Marvel’s What If? Episode 7 Recap: “What If… Thor Was An Only Child?” + Ask Us Anything | Everything is Super 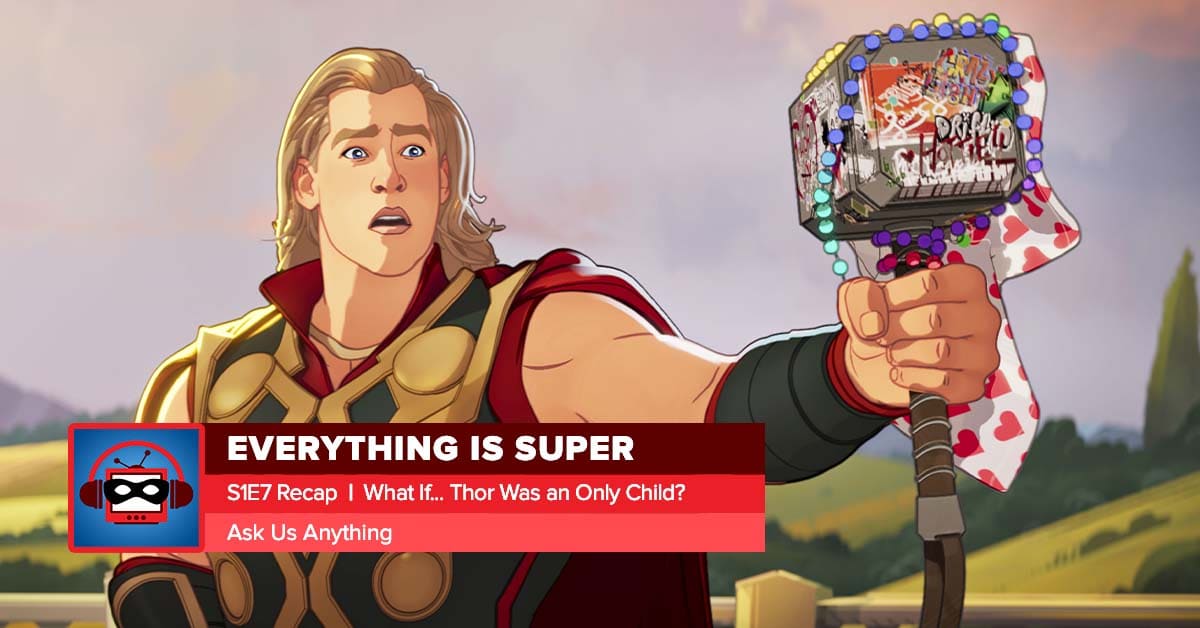 Marvel’s What If? Episode 7 Recap: “What If… Thor Was An Only Child?” + Ask Us Anything | Everything is Super

Josh Wigler (@roundhoward) and Kevin Mahadeo (@kevmahadeo) are talking about Marvel’s What If…?, the very first animated Marvel Cinematic Universe series, coming out weekly on Wednesdays on Disney+.

Set through the lens of Uatu the Watcher, Marvel’s What If…? looks at various elements of the MCU, and posits different ways in which they could play out, leading to new permutations of characters such as Captain Carter and T’Challa as Star-Lord.

This week, Josh and Kevin talk through the latest “What If,” and Thor’s rollicking romp through Midgard. Plus, the podcast is live! Josh and Kevin are together in person for the first time in years. It’s wonderful!

Next week, Josh will return to join Kevin and discuss Episode 8 of Marvel’s What If…? and the start of their two-week Venom coverage. Get your feedback into super@postshowrecaps.com.

The post Marvel’s What If? Episode 7 Recap: “What If… Thor Was An Only Child?” + Ask Us Anything | Everything is Super appeared first on PostShowRecaps.com.

2y ago2y ago
Subscribe
Unsubscribe
Monthly
Marvel’s “Wolverine: The Lost Trail” is an epic quest that takes place in the Louisiana bayou. Following the events of Marvel’s “Wolverine: The Long Night,” Logan (Richard Armitage) returns to New Orleans in search of redemption, only to discover that his ex-lover, Maureen is nowhere to be found. And she's not the only one. Dozens of humans and mutants have gone missing, including the mother of a teenage boy, Marcus Baptiste. With Weapon X in close pursuit, Logan and Marcus must team up and ...
T
The Twilight Zone Podcast

14m ago14m ago
Subscribe
Unsubscribe
Weekly
Become a Paid Subscriber and get bonus podcasts: https://anchor.fm/nowplayingpodcast/subscribe Three playful movie reviewers break down a wide variety of film franchises by dedicating a podcast to every single sequel, remake, reboot, and spin-off in a series. Conversations are in-depth and cover production history, literary sources, gossip, merchandising, and good old fashioned personal opinion with loads of humor and critical insight. No cinematic universe is too obscure or sacred!
T
The Talking Dead - A podcast dedicated to the AMC TV series The Walking Dead

35m ago35m ago
Subscribe
Unsubscribe
Weekly
The Talking Dead is a fan podcast dedicated to the AMC TV series The Walking Dead. Tune in for news, rumours, reviews, and more!
Listen to 500+ topics