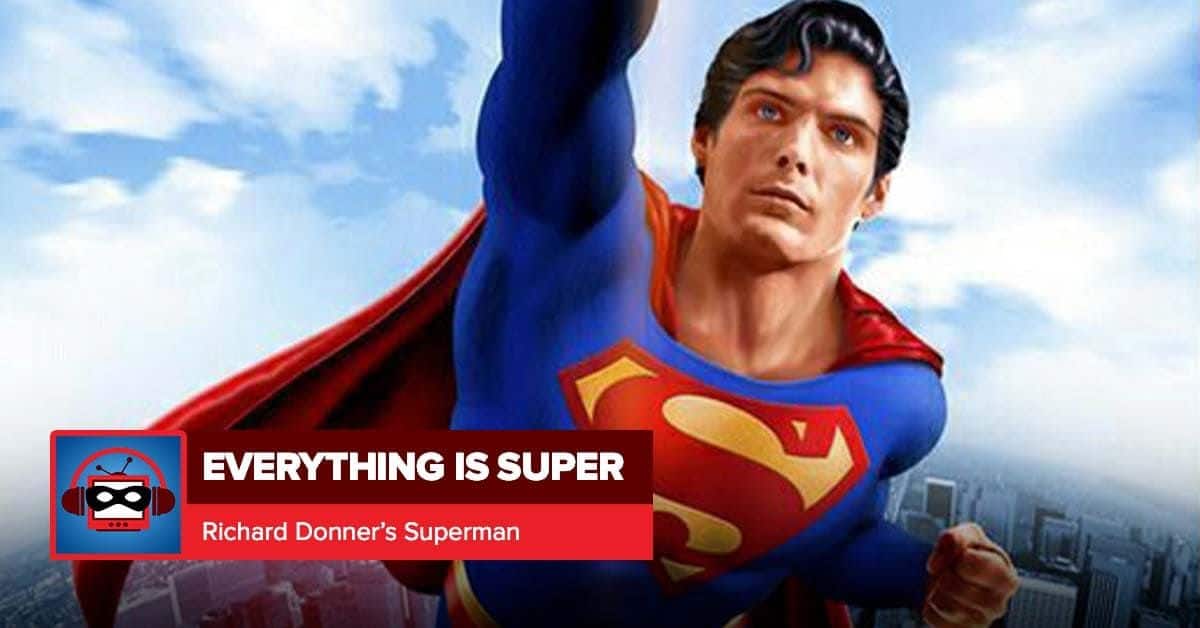 Superman: The Movie | Everything is Super

The world outside your window? Not great. But here on Post Show Recaps, Everything is Superman!

Josh Wigler (@roundhoward) and Kevin Mahadeo (@kevmahadeo) take a break from the Marvel Cinematic Universe to fly up, up, and away with the Christopher Reeve era of Superman. The podcast schedule is as follows:

Josh and Kevin will return to the Marvel Cinematic Universe on June 4 with their preview of the Disney+ series Loki.

This week: Josh and Kevin fly into “Superman: The Movie,” the first of the Christopher Reeve Superman films. They discuss what makes Reeve’s work so iconic, why the folks who think Superman is boring need to revisit this movie, and the fact that despite all it has going for it, it still has such an incredibly weak ending.

As a bonus: “Invincible.” In the Post Show Recaps Patreon feed, Josh and Kevin joined forces to talk about the Amazon superhero series, just for the patrons of PSR. Sign up today at the $5 level to get that podcast at patreon.com/postshowrecaps.

For even more conversation, join the Post Show Recaps Patreon program at the Discord level, where you can talk to the hosts directly: postshowrecaps.com/patreon..

The post Superman: The Movie | Everything is Super appeared first on PostShowRecaps.com.

2d ago2d ago
Subscribe
Unsubscribe
Weekly
In a unique weekly podcast, Edith Bowman sits down with a variety of film directors, actors, producers and composers to talk about the music that inspired them and how they use music in their films, from their current release to key moments in their career. The music chosen by our guests is woven into the interview and used alongside clips from their films. https://twitter.com/soundtrackinguk https://www.facebook.com/Soundtrackingwithedithbowman/ https://play.spotify.com/user/soundtrackingwi ...
M
Marvel's Wolverine