MP3•Episode home
By Dave Brodbeck and Ken Hernden, Dave Brodbeck, and Ken Hernden. Discovered by Player FM and our community — copyright is owned by the publisher, not Player FM, and audio is streamed directly from their servers. Hit the Subscribe button to track updates in Player FM, or paste the feed URL into other podcast apps. 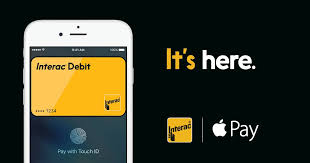 As I do with Broken Area, I'm writing these show notes before we actually do a show. Who knows if we are tonight. That said, I do know that Baron von Hernden is coming over tonight to watch the Expanse. I honestly have no idea why I just called him Baron von Hernden. He's really more of a Lord. The Lord of the Library.
So, money, cash specifically. Are we heading towards a cashless society? This article from CNet makes the case. Canada is the most cashless country out there according to this report. We beat our Sweden, the USA and Russia on that list. So it is sort of like hockey. Well I mean we beat out everyone, but Sweden was second, so I guess that's where this hockey angle is coming from.
Star Trek, B5, The Expanse, what's the deal on their money? We don't get how it works in Star Trek. Nobody does.
Enjoy

6d ago6d ago
Subscribe
Unsubscribe
Weekly
Hungry for Android with a Side of Home Automation? Get All You Can Eat at the Android Buffet
G
Gadget Lab: Weekly Tech News

6d ago6d ago
Subscribe
Unsubscribe
Weekly
Embedded is the show for people who love gadgets. Making them, breaking them, and everything in between. Weekly interviews with engineers, educators, and enthusiasts. Find the show, blog, and more at embedded.fm.
A
African Tech Roundup

6d ago6d ago
Subscribe
Unsubscribe
Weekly
The award-winning WIRED UK Podcast with James Temperton and the rest of the team. Listen every week for the an informed and entertaining rundown of latest technology, science, business and culture news. New episodes every Friday.
P
Pocketnow Weekly Podcast

2h ago2h ago
Subscribe
Unsubscribe
Weekly
Mobile-tech talk and lame jokes from the informative yet unrefined team at Pocketnow. Covering smartphones, tablets, wearables and other gadgets you dreamed of owning when you were young. Stitcher Award winner: Best Technology Podcast, 2013
y
ycombinator